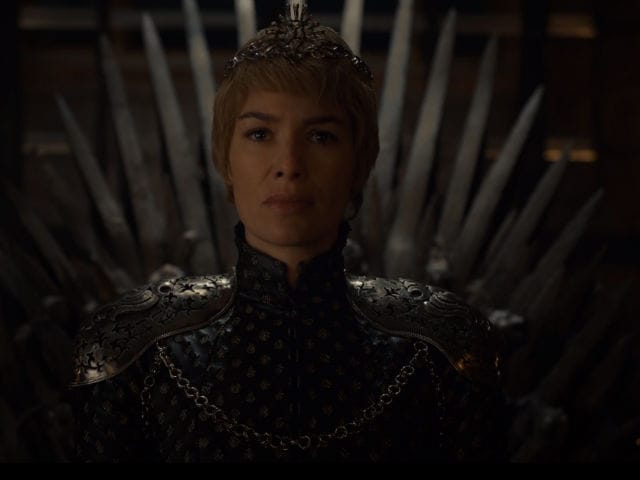 HBO's fantasy epic about noble families vying for control of the Iron Throne will compete for the prestigious outstanding drama series trophy for the fifth year in a row, the Television Academy announced.

Mr Anderson whooped when Ms Graham read out his name in the Best Comedy Actor category, shouting: "Hi momma - I know you're watching!"

HBO's political comedy Veep, starring Julia Louis-Dreyfus as hapless President Selina Meyer - scored 17 nominations for television's equivalent of the Oscars, to be handed out on September 18 in Los Angeles.

Several hotly tipped shows missed out on widely-expected nods, however, including The Good Wife, which was shut out of best show honors, and Netflix's prison comedy drama Orange is the New Black which failed to pick up a single nomination.

"Television dominates entertainment conversation and is enjoying the most spectacular run in its history. Today marks the start of our annual celebration of the best of the best," said Academy chairman Bruce Rosenblum.

Empire, Fox's debut melodrama about family feuds in a musical empire, picked up just one nomination despite its success with TV viewers, 17.6 million of whom tuned into the first season finale.

That went to Taraji P. Henson in the Best Actress in a Drama category for her portrayal of family matriarch Cookie Lyon. Ms Henson would be only the second African American actress to pick up prize.

Another black actress, Viola Davis, won the category last year and is nominated in the same category for her work on ABC's How to Get Away with Murder.

The Television Academy's 19,000 members were given two weeks in June to sift through a crowded field of more than 8,000 entries from shows aired during the previous 12 months across 113 categories.

The most star-studded category was perhaps lead actor in a limited series or TV movie which included six-time Emmy winner Bryan Cranston, who has received rave reviews for anchoring HBO's Lyndon B. Johnson biopic All the Way.

Benedict Cumberbatch, Idris Elba, Cuba Gooding Jr, Tom Hiddleston and Courtney B. Vance were also nominated while other big name contenders in the category including Bill Murray and Johnny Depp missed out.

The topic of race figured heavily in the Limited Series category - formerly known as "Outstanding Miniseries" - with The People v. O.J. Simpson matched up with historical saga Roots and ABC's American Crime.

Downton Abbey, which picked up eight nominations last year but won only for hairstyling, marks its final season with 10 nods, including a fourth in the Prestigious Outstanding Drama Category. Emmy nominees in key categories:

A Very Murray Christmas
All the Way
Confirmation
Luther
Sherlock: The Abominable Bride

Top five programs with most nominations: