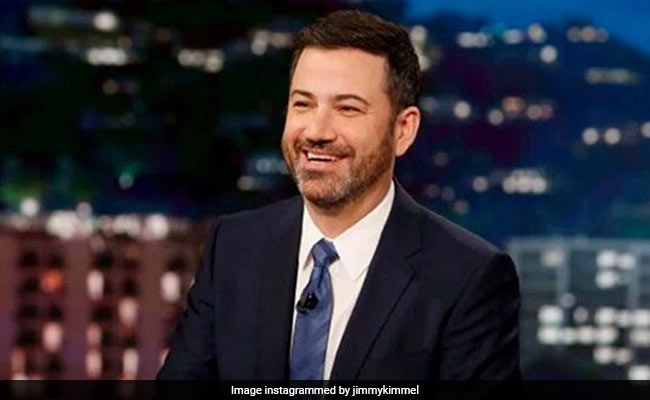 American TV host Jimmy Kimmel will host the 2020 Primetime Emmys for ABC. However, it is still unclear that this year's Emmy's, which are set to take place on September 20, will be virtual or live in-person amid the COVID-19 pandemic. The Jimmy Kimmel Live show host, who will also serve as executive producer on the event said, "I don''t know where we will do this or how we will do this or even why we are doing this, but we are doing it and I am hosting it."

According to The Hollywood Reporter, the news of the 53-year-old comedian''s third go as Emmy emcee was announced by the network on Tuesday morning (local time). It comes a day after the Television Academy announced that the Creative Arts ceremonies would be going virtual, simultaneously acknowledging that the likely limitations brought on by COVID-19 mean the main September telecast will likely be quite different from years past.

The ABC Entertainment president Karey Burke said, "We know Jimmy Kimmel will deliver a uniquely entertaining, funny and moving Primetime Emmys show. He''s a true master of ceremonies who reveres this industry and its people; and just as Jimmy has done with his own show over the past few months, he will tackle this momentous event with heart and humour, and bring some much-needed joy and optimism to our television colleagues and viewers at home."

The broadcast TV network, ABC has had to deal with the most awards-related movement of TV''s broadcast partners. It also brought the news this week, that the 2021 Oscars, which annually air on ABC, will be pushed to April 25.

The awards bestowed by the Academy of Television Arts and Sciences - Emmys themselves have not moved, though the voting windows did see some minor tweaks as Hollywood reeled from the first months of the shut-down. The nominee voting for the awards is set to begin July 2, with nominations being announced by the Television Academy on July 28.

Lately, the Who Wants To Be A Millionaire? host has been filming a version of his late-night show from his home since March.