Emmys 2016: Shows That Went Home Empty-Handed Include House of Cards 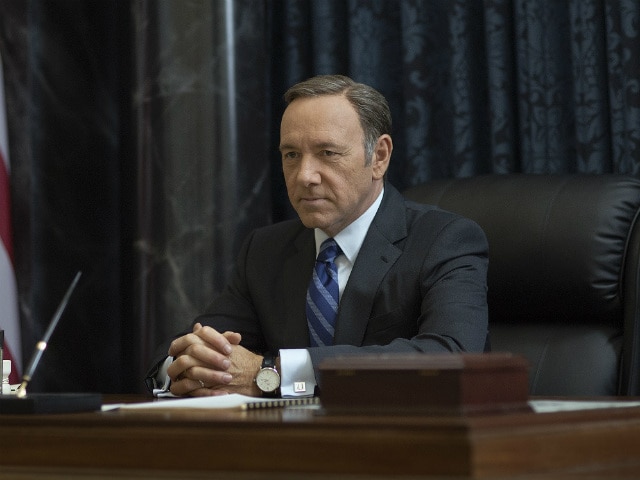 Kevin Spacey in a still from House of Cards.

The FX limited series, was the third-most nominated program in any category this year after Game of Thrones and The People v. O. J. Simpson: American Crime Story.

But it only turned two of those nods into wins-sound editing and cinematography, both at the Creative Arts ceremonies, last weekend, meaning that it scored no victories at all during primetime telecast.

Another acclaimed series which did not feature in the winners list was Kevin Spacey's House of Cards.

The Netflix's flagship drama had 13 nominations this year, but it walked away without a win at the Emmys, and Mr Spacey and lead actress Robin Wright are still awaiting their first wins for their roles.

Silicon Valley which was the most nominated comedy series with 11 nods, did not win a single Emmy on the primetime telecast.

Tatiana picked up the lead actress trophy on her second nomination for BBC America's Orphan Black.

Playing more characters on a regular basis than anyone else on television, Tatiana earned this one with four seasons of seamless performances.

Another surprise was Ben Mendelsohn of Bloodline, who won best supporting drama actor.

The Australian actor received his second consecutive nomination for the Netflix thriller, but few expected him to win, especially considering his significantly reduced screen time in season two.

Promoted
Listen to the latest songs, only on JioSaavn.com
Sherlock has a history of pulling off upset wins at the Emmys, but not many expected the one-off holiday special Abominable Bride to topple HBO's heavyweight LBJ biopic All the Way.