Emma Watson 'Does Not Talk About' These Experiences Much 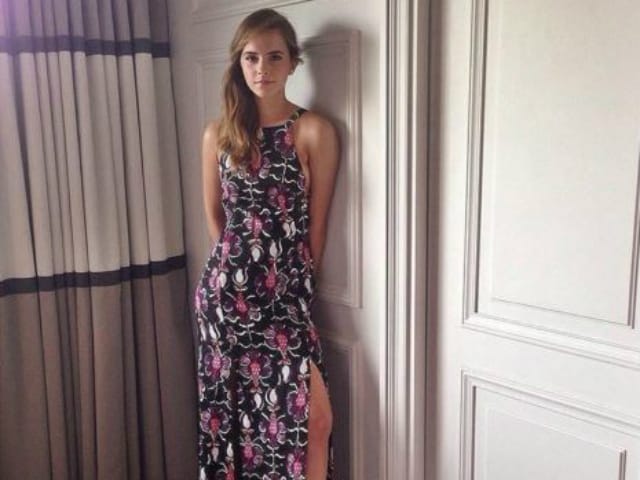 Los Angeles: Whether you are a woman on a tea plantation in Kenya, or a stockbroker on Wall Street, or a Hollywood actress, no one is being paid equally, said actress Emma Watson.

Emma opened up about the pay gap in Hollywood while talking to Esquire magazine. She has also appeared on the cover of Esquire to promote her organisation HeForShe, reported people.com.

She said: "We are not supposed to talk about money, because people will think you're 'difficult' or a 'diva'. But there's a willingness now to be like, 'Fine. Call me a 'diva', call me a 'feminazi', call me 'difficult', call me a 'First World feminist', call me whatever you want, it's not going to stop me from trying to do the right thing and make sure that the right thing happens.' Because it doesn't just affect me.

"Whether you are a woman on a tea plantation in Kenya, or a stockbroker on Wall Street, or a Hollywood actress, no one is being paid equally," she added.

Emma, who founded the gender equality organisation HeForShe in 2014, the year she was appointed a UN Global Goodwill Ambassador, also shared that she has experienced sexism.

"I've had my ar#$ slapped as I've left a room. I've felt scared walking home. I've had people following me. I don't talk about these experiences much, because coming from me they'll sound like a huge deal and I don't want this to be about me, but most women I know have experienced it and worse," said the Harry Potter star. (Also Read: Emma Watson 'Can't Wait' to See This Actress as Hermione)

The solution, she said, is for men to get involved.

"There's no point in me going, 'You all have to go away from having read this article and decide that you are a feminist.' That's useless. The only thing that is going to make a difference is if men go away and speak to the women in their lives about what they are experiencing," she said.