"Elegant Is Not My Forte": From Ananya Panday's Baking Session

"I always wanted to try cooking but to be honest, I was never brave enough keeping that fear aside," wrote Ananya Panday 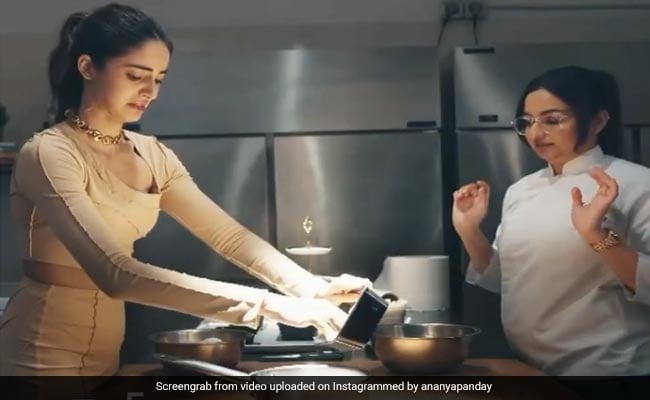 Ananya Panday in a still from the video. (courtesy ananyapanday)

So Ananya Panday channeled her inner chef. The actress recently appeared on an episode of Star Vs Food alongside chef Freny Fernandes and in her words, she was "scared." The actress posted a teaser of sorts from the episode, in which she can be seen trying out baking. "Elegant is not my forte," the actress said in the video. In the comments section of her post, Ananya's bestie Shanaya Kapoor wrote: "Oh great I won't order dinner tonight kitchen is all yours." Sharing the video, Ananya wrote: "Given my love for food, I always wanted to try cooking, but to be honest I was never brave enough Keeping that fear aside, I've made my way into the Star Vs Food kitchen to try cooking a delicious meal for my favorite people. With the help of Chef Freny, will I be able to impress them?"