Ekta Kapoor On Triple X Controversy: "We Don't Appreciate The Bullying And The Rape Threats"

"We fully apologise for any sentiment that is hurt unintentionally," said Ekta Kapoor in a statement 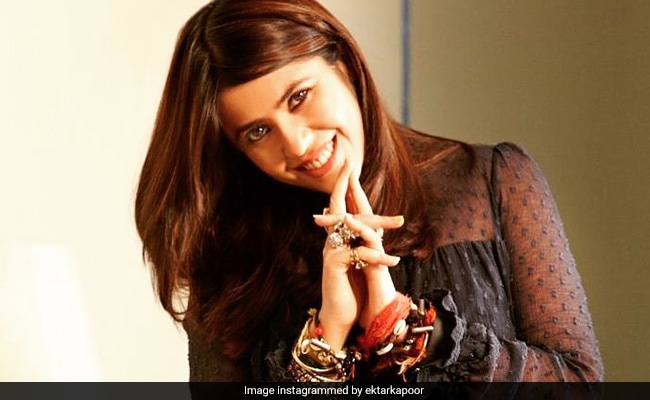 Producer Ekta Kapoor, who has been booked on the charges of spreading obscenity in her web show Triple X season 2, said the team has deleted the scene in question but the bullying and rape threats by social media trolls are in bad taste.

An FIR has been registered against Kapoor and two others in Indore, Madhya Pradesh on charges of obscenity, hurting religious feelings, and improper use of national emblems in the second season of Triple X, police said on Saturday.

The FIR also mentions about a particular scene which allegedly portrays the Indian army's uniform in a highly objectionable way, an officer said.

Kapoor, the founder of ALTBalaji, which is owned by her production house Balaji Telefilms, said their organisation is "deeply respectful" of the Indian Army and apologised for hurting any sentiments unintentionally.

"As an individual and as an organization, we are deeply respectful towards Indian Army. Their contribution to our well-being and security is immense. We have already deleted the scene that is being spoken about, so the action has been taken from our side. We fully apologise for any sentiment that is hurt unintentionally. What we don't appreciate is the bullying and the rape threats by the trolls," the producer said in a statement.