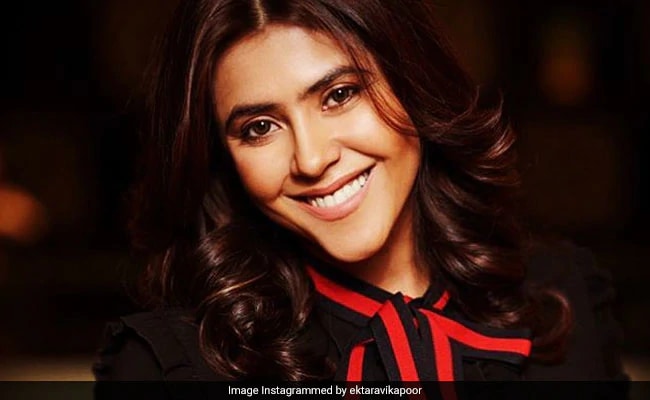 TV czarina Ekta Kapoor is the proud mother of a baby son, which appears to be have been confirmed by celebrities congratulating her on social media. Filmmaker Hansal Mehta, who has worked with Ekta Kapoor for the web-series Bose - Dead/Alive, congratulated the new mother on Thursday morning. "Many congratulations and lots of love dearest Ekta Kapoor. Welcome to parenthood and joy," he tweeted. Ekta Kapoor's close friend filmmaker Sanjay Gupta also sent out best wishes to the TV queen: "And this is the most heartening news this morning. Many congratulations Ekta. Welcome to the world and joy of parenting. God bless your baby with good health and lots of masti," he wrote in a tweet.

And this is the most heartening news this morning. Many congratulations Ekta. Welcome to the world and joy of parenting. God bless your baby with good health and lots of masti. https://t.co/dG92HnK2G1

Many congratulations and lots of love dearest @ektaravikapoor. Welcome to parenthood and joy... https://t.co/3uK93OvKEb

Huge congratulations @ektaravikapoor on this brand new chapter in your life...wishing you all the love and the most amazing adventures ever !!

As per a report in Mumbai Mirror, the baby boy was born on January 27 and is keeping healthy. The Kapoors are planning to take the baby home sometime soon, added Mumbai Mirror. Many, many congratulations to Ekta Kapoor!

Ekta and Tusshar Kapoor are veteran actor Jeetendra and Shobha Kapoor's children. Tusshar Kapoor, who is an actor, decided to be a single parent via surrogacy and welcomed his son Laksshya in 2016. At that time, he had told news agency IANS that: "Initially my parents were a little bit apprehensive whether I should announce the child to be one born through IVF and surrogacy or not," but added that: "Everybody in the country has been very accepting. That was a bit surprise for me because I thought there would be diverse views, some kind of 'oohs and ahas' about it, all kinds of opinion. But nothing of that sort happened. Especially the media has been so supportive of Laksshya and my choice of having a family in this manner."