Eid Mubarak: Neetu And Rishi Kapoor's Adorable Post From New York Gets A Whole Lot Of Love From Soni Razdan

Here's how Rishi and Neetu Kapoor wished everyone on Eid 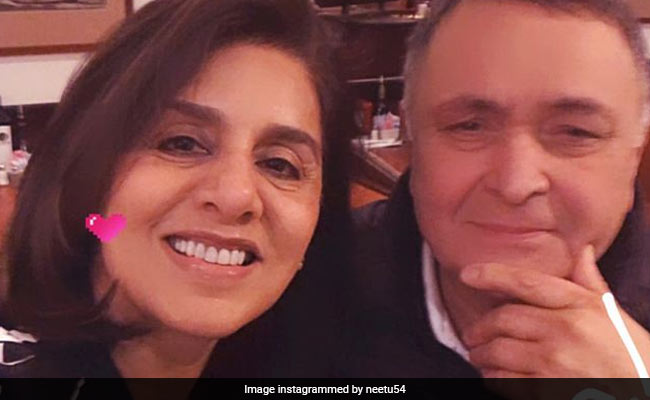 Rishi Kapoor and Neetu Kapoor may be in New York but didn't forget to wish their fans and followers on Eid. Neetu Kapoor, who has been making up for Rishi Kapoor's absence on social media, picked out an adorable photo with the actor to convert it into an Eid greeting. Very unlike Neetu Kapoor, the selfie had 'Eid Mubarak' scribbled on it, which perhaps suggests that it was shared on someone's Instagram or Snapchat story first. Meanwhile Rishi Kapoor, who has begun making appearances on Twitter only recently, also shared an Eid wish for his fans: "Eid Mubarak all to you and your family!"

Here's how Rishi and Neetu Kapoor wished everyone on Eid:

Eid Mubarak all to you and your family! 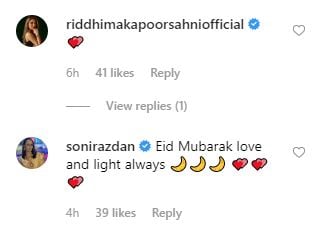 A post shared by Ranbir Deepika Kapoor RKDP (@ranbirdeepikaendless) on Jun 3, 2019 at 4:15am PDT

Rishi Kapoor, who has been undergoing cancer treatment in the Big Apple for over eight months now, had posted a heart-wrenching tweet that read: "Today I complete eight months here in New York. When will l ever get home?"

Bollywood celebrities have always dropped by Rishi Kapoor's New York place during their trips to the US. The 66-year-old actor has had visitors such as Deepika Padukone, Priyanka Chopra, Shah Rukh Khan, Aamir Khan, Anupam Kher, Vicky Kaushal and others. Alia Bhatt and Ranbir Kapoor celebrated Christmas and the New Year with the Kapoors in New York.