Eddie Murphy, Father Of 10, Says, His Kids Are The "Center Of Everything"

"I am so blessed with my kids, I don't have one bad seed," said Eddie Murphy 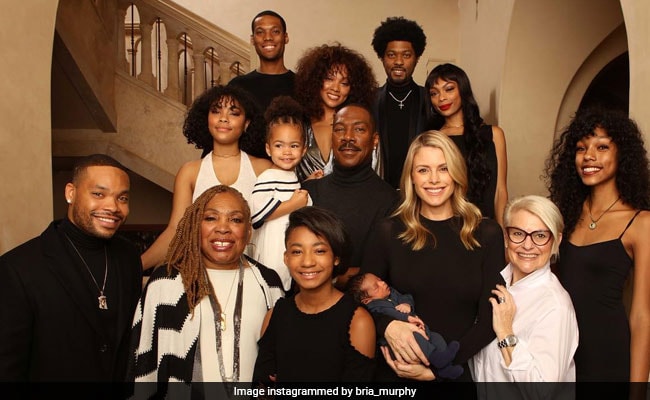 Eddie Murphy, who is busy promoting his recently-released film Coming 2 America, recently did a podcast with Marc Maron, where he said that his kids always come before his career, calling them the "center of everything." The actor, who stars alongside his 19-year-old daughter Bella Murphy in the comedy film, is a father to 10 kids. He said during the podcast, "I am going to be 60 in April and I have all these babies. I love fatherhood." He added, "The whole idea of being out there and doing three movies a year, that's over ... I found over and over again and along the way I realised that if you put your children first you never make a bad decision."

Eddie Murphy is father to 31-year-old Eric, Bria (31), 30-year-old Christian, Myles (28), 26-year-old Shayne, 21-year-old Zola, 19-year-old Bella and Angel (13). In November 2018, the actor and his fiancee Paige Butcher welcomed a baby boy named Max Charles. The couple also have a 4-year-old daughter named Izzy together. He signed off the podcast saying, "My kids are smart and are trying to do stuff. I am blessed with my kids. I really, really got lucky."

During the podcast, the actor-comedian added, "When you hit a crossroads moment or you have got some s**t , you think, 'Well, what is best for my children?' If you go that route then you never make a bad decision." He added, "I am so blessed with my kids, I don't have one bad seed. I don't have any like 'Oh you are the one.' I don't have any of that. My kids are so great, normal people and nobody is like the Hollywood jerk kid."

Eddie Murphy is star of films like Shrek, Dr Doolittle, Coming To America, 48 Hours, Boomerang, Beverly Hills Cop, Dreamgirls and Trading Places, among many others.

Trending: Vir Das To Star In Judd Apatow's The Bubble