The show is an adaptation of the French series Dix Pour Cent. 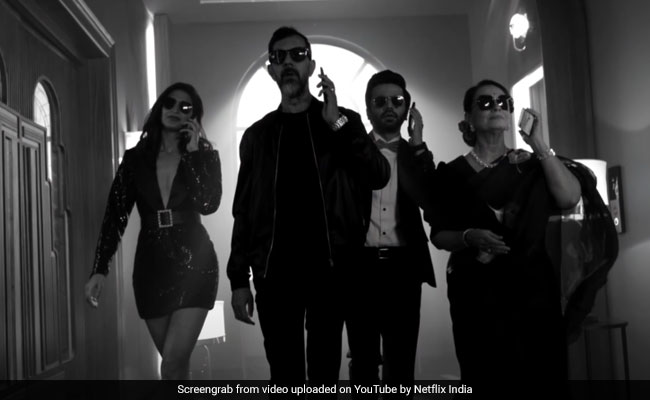 A still from Call My Agent: Bollywood. (Image courtesy: YouTube)

If there are two things Indians swear by, it is cricket and cinema. Do you agree? And, who wouldn't like a peek into the workings of the entertainment industry that has given us some of our biggest icons in history. This is exactly what Netflix's new show Call My Agent: Bollywood is promising. Armed with a stellar cast that includes the likes of Rajat Kapoor, Soni Razdan, Aahana Kumra and Ayush Mehra, the trailer of the show dropped on Thursday. From what we can see in the one-minute trailer, the series is going to be all about the glitz and glamour with a fair bit of honest takes about the industry thrown in.

The song -- which lends the trailer a music video vibe -- hints at showbiz being a ganda dhanda (dirty business) and the agents being the real stars.  While Aahana Kumra and Ayush Mehra tick all the "cool" boxes, you cannot miss the swag that Rajat Kapoor and Soni Razdan exude.

Sharing the video, Soni Razdan, who plays the role of Treasa Matthews in the show, wrote, “So excited to announce this. Yeh kahaani hai [This is a story] about the glitz, the glamour, aur woh agents who make it all happen AKA us. Call My Agent: Bollywood on Netflix.”

The show is the Indian adaptation of the French series Dix Pour Cent. It follows four smart and efficient talent agents as they traverse the tricky world of Bollywood without stepping on fragile egos and fickle relationships. The series has been written by Abbas Aziz Dalal and Hussain Dalal.

The show is being directed by Shaad Ali, who is known for his films Bunty Aur Babli and Saathiya. It is being bankrolled by Applause Entertainment in association with Banijay Asia. The French series, which inspired Call My Agent: Bollywood, has also been adapted in the UK and Turkey.