Dostojee Review: The film posits friendship and humankind's capacity for empathy as a bulwark against bigotry but does not lose sight of the harsh reality that surrounds us. 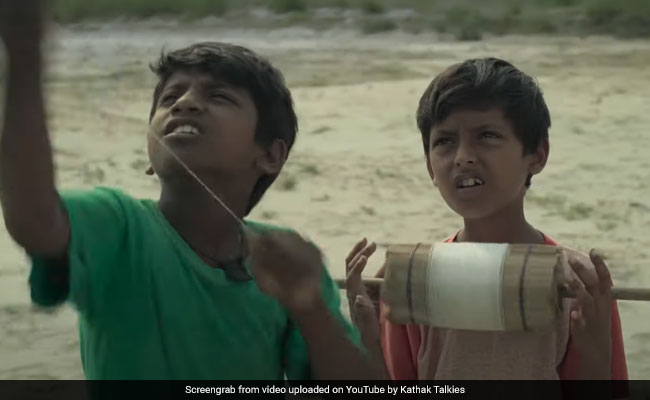 As disarmingly simple as it is unerringly authentic in its evocation of the time, place and culture it is located in, Dostojee, written, produced and directed by debutant Prasun Chatterjee, is a piercing, poignant story of two eight-year-old boys in a Bengal village caught in a fast-spreading climate of religious intolerance. Besides the young protagonists, the two communities they belong to and the sleepy village they call home are the key narrative components in the diligently crafted Bengali film that premiered on Tuesday at the 65th BFI London Film Festival.

Dostojee posits friendship and humankind's capacity for empathy as a bulwark against bigotry but does not lose sight of the harsh reality that surrounds us. Locals play key onscreen roles in the film. They lend Dostojee unwavering credibility.

The film's design and the filmmaker's vision draw strength from the deft synchronisation of setting, language and the amateur actors' performative instincts. Its salutary symmetry and distinct timbre define Dostojee more than anything else.

The film celebrates the positivity inherent in the world of children while it lays bare the unreliability of fickle adults without succumbing to convenient binaries for the purpose of conveying its overarching humanist message.

The village where Dostojee unfolds is on the border between India's Murshidabad district and Bangladesh's Rajshahi. Unbeknownst to the boys whose friendship knows no divides, it witnesses rising communalism in the aftermath of the Babri Masjid demolition and the subsequent chain of events that rocked the nation in 1992-93. The reverberations are felt in this the last subdivision of the state of Bengal.

The young protagonists of Dostojee (English title: Two Friends) stand by each other even as narrow-mindedness begins to gnaw into the vitals of their little hamlet - and the nation. The boys, of course, are oblivious to the gravity of the situation. What they do know, however, is that the friendship they have forged is all they have got.

Their moving story unfolds in a Muslim majority hamlet where the two inseparable children have the same private tutor (Anujoy Chattopadhyay). Palash (Asik Shaikh), the son of a Hindu priest, is a studious boy who scores high marks. Safikul (Arif Shaikh), son of a Muslim weaver, is less academically inclined but is enterprising and creative.

Palash and Safi call each other 'dostojee', a term of endearment rooted in the Rajshahi dialect. Their modest homes face each other and share a common courtyard. There is, however, a low fence between the two dwellings. It matters not a whit to the boys. The fences that separate the two communities are much higher and more daunting. Worse, they are invisible. Can the two boys skirt around them and surmount the discord sown in their village by conflagrations erupting a thousand-plus miles away?

When they are not at school, Palash and Safikul do what boys of their age do in a village: they fly kites, catch fireflies, play football, watch the Bioscope at a fair, celebrate each other's festivals and even bicker over little things, unmindful of the venom that has seeped into the world around them.

Safi asks his elder sister (Swatilekha Kundu) if he can accompany Palash to the annual Ramjatra - a folk theatre performance of tales from the Ramayan. She directs her sibling to their father (Shankar Dey). The latter puts his foot down and refuses to let him go. I had gone last year, the boy protests, unaware that circumstances are no longer the same.

In Palash's home, his parents discuss if Lord Rama is an important deity for Bengalis and agree with each other. His mother (Jayati Chakraborty) exhorts her husband (Prasanta Chakraborty) to migrate with the family, which includes a Palash's younger sister, to Hindu-dominated Nadia. She isn't sure her family is safe in the village.

Dostojee plays out in the early 1990s but it reflects realities that are contemporary. The two children's joyful co-existence is threatened when religious identities are played up, battle lines are drawn and the bellicosity between the warring factions assumes ominous proportions. Safi and Palash could well be from a village anywhere in India in 2021.

The past mirrors the present, and vice-versa, in a seamless, undemonstrative manner in this sensitive, understated examination of a friendship that cannot escape the impact of fanaticism fuelled by hate and distrust as it negotiates the fallout of the growing misgivings of the boys' parents on the two sides of the gulf.

While one group, numerically stronger in the village, mobilises funds to build a new mosque, members of the opposing religious group close ranks to assert their rights. The boys' parents are affected by the changed scenario; the two youngsters remain untouched.

Chatterjee's chiselled script centres on the beauty of the unconditional trust that drives Palash and Safikul's relationship. The boys are immersed in their innocuous adventures, a few of which go astray without upsetting the balance of their friendship. But there is tragedy lying in wait for the duo.

In the passages that follow an unexpected untoward incident, the film is at its most sublime, alternating between achingly tender assertion and pr0found pathos and achieving a fine balance in the depiction of the emotional impact of grievous loss and the transcendence of reconciliation.

By opting to view the fractious social dynamic of the village through the unsullied, unaffected eyes of two boys who have no way of knowing of what the ill winds blowing into their homes mean, the director gives himself ample room to tackle a topical, touchy theme with subtlety.

The props - notably a jar in which the boys put a caterpillar in order to see it turn into a butterfly, Palash's laataai (kite spool) that briefly becomes a bone of contention between the two friends before it assumes far greater symbolic significance and a bowl of sewai that Safi's mother makes for Eid - are emotional/psychological tugs that draw the friends closer while the rest of the village simmers.

The film's soundtrack eschews an orchestral background score. It is embellished with diegetic Bengali film songs - Mohammed Aziz is a particular favourite - and qawwalis interspersed with ambient sounds emanating from a spinning wheel, a grinding stone and suchlike.

Shot entirely in natural light by debuting cinematographer Tuhin Biswas, an amateur still photographer and primary school teacher learning the ropes on the job and not letting any of the inexperience show, the film uses lanterns and candles to illuminate many of its scenes, thereby capturing the ambience of a 1990s border village without electricity.

The film itself is shot through with the power of creative integrity and confidence, the two attributes complementing each other all the way. Dostojee is an exceptional cinematic accomplishment, an uplifting ode to love and hope in a time of despair.