"In times of crisis, some human beings devolve into the worst versions of themselves," wrote Meiyang Chang 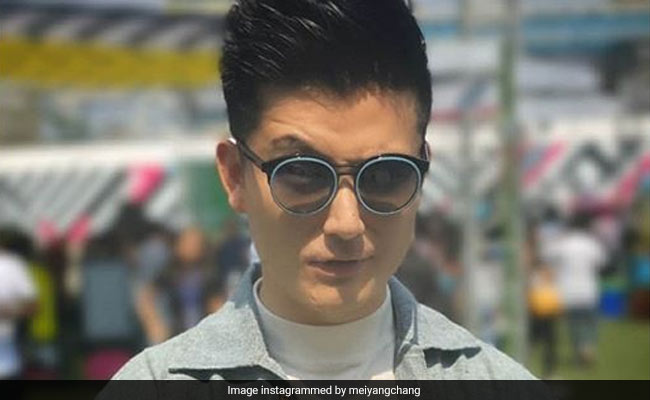 Actor Meiyang Chang, who was born in Jharkhand and is of Chinese origin, opened up about dealing with racism during the coronavirus outbreak. In an interview with Times Of India, the 37-year-old actor was asked about people wanting to maintain distance from him just because of his looks. "We need to practise social distancing. So, it's fine. Being stared at for looking Chinese or people being wary of us in this situation is also understandable, but don't call us names. That's unfair," he said. In his interview, he also revealed that he has been referred to as 'coronavirus' publicly in the recent past. The coronavirus was first detected at a seafood marked in China's Wuhan.

Talking about his roots, Meiyang Chang highlighted the importance of "sensitivity" during such difficult times: "I am Indian and my genes, Chinese. I call myself Indian Chinese. Those who take pleasure in calling me Chinese, please continue to do so but don't forget to add 'Indian' before that. I expect a little sensitivity from people, especially when the world is fighting a pandemic."

Meanwhile, talking about one such incident when he was subjected to online racism, Meiyang Chang said: "Just a few days ago, I had complimented a friend of mine on Instagram but a few guys who had nothing to do with me or her called me 'coronavirus' in the comments section." The Badmaash Company actor added that the users who posted such comments, apologised to him after he shared a screenshot on his profile, calling them out.

Talking about another time when he faced racism, Meiyang Chang said: "I go for a jog everyday near my house in Mumbai. The other day, two guys sped past me on a bike, screaming 'corona' and laughing. I wanted to scream back and hurl the choicest of gaalis but I didn't see any point it in." In the caption to his post, Meiyang Chang addressed a note to trolls and wrote: "And to those stray trolls who are still spewing venom on my timeline; I say to you, as we would back in Bihar-Jharkhand: "Tum toh humare pyaar ke kaabil hi nahi ho... lekin tumko bhi dirghayu bhava (You are not capable of my live but may you also live long)."

In the note attached to his post, Meiyang Chang added: "In times of crisis, some human beings devolve into the worst versions of themselves. Or maybe that was them all along?" He added that he shared the post "In light of the online and public racism and discrimination against North-East Indians and the Indian-Chinese." Last week, Union Minister Kiren Rijiju condemned racial remarks and abuse against people from North East in a stern tweet.

The Bharat also thanked his well-wishers for lifting his spirits: "And, thank you everyone for your unstinting humanism and love since this article broke yesterday (or today, depending on which city you are in). I'm reading your messages and I'm so, so touched by your kind words. Let's stay united; in spirit and in philosophy. Now and always."

In times of crisis, some human beings devolve into the worst versions of themselves. Or may be that was them all along? . Thank you @mumbaigirl14 @timesofindia for taking this message far & wide, in light of the online & public #racism & discrimination against North-East Indians & the Indian-Chinese And thank you everyone for your unstinting humanism & love since this article broke yesterday (or today, depending on which city you are in). I'm reading your messages and I'm so, so touched by your kind words. Let's stay united; in spirit & in philosophy. Now and always . And to those stray trolls who are still spewing venom on my timeline; I say to you, as we would back in Bihar-Jharkhand: ". Stay safe, stay healthy everyone

Earlier, Korean-American actor Daniel Dae Kim revealed his coronavirus diagnosis in an Instagram video, in which he issued a strong warning against racism: "Yes, I'm Asian. And yes, I have coronavirus. But I did not get it from China, I got it in America."

Hi everyone- yesterday I was diagnosed with COVID-19, the disease caused by the coronavirus. Looks like I'll be ok, but I wanted share my journey with you in the hopes that you find it informative or helpful. Hope you all stay safe, calm, and above all, healthy.

The novel coronavirus has infected over 392,200 worldwide. In India, over 530 people have tested positive.