'Don't Believe In Numbers Being A Great Deal,' Says This Manikarnika Actress 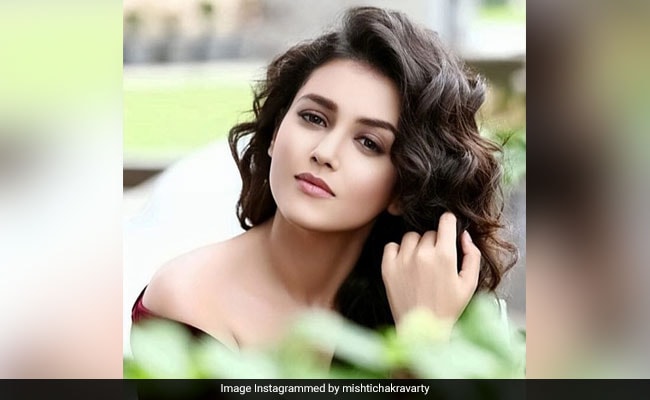 Actress Mishti Chakravarty, who plays Kashibai in Manikarnika: The Queen of Jhansi, says she doesn't believe in the numbers game in the film industry but the trend is such that she feels one can't help but concentrate on them. She hopes her latest film crosses the Rs 500 crore mark. Mishti was present at the launch of Dilip Sahu's Flyking Film Academy here.

While Manikarnika got off to a slow start on Friday, it made Rs 18.1 crore on Day 2 on Saturday. Mishti said: "I don't believe in numbers being a great deal but I guess I need to, because that is the trend. We always count a film's success by numbers, so whether I personally believe in it or not, this is our requirement. I am happy that the film made good money on the first day and I want it to cross Rs 500 crore."

On the Film Academy by Sahu, a line producer of many ad films, the actress said such institutes are a need of the hour as the entire process of filmmaking depends on the shoulders of the production team.

"So, it is a very noble concept that such an Academy, which teaches production, has started. A lot of individuals come here to do production, but they spend a good chunk of time and money in learning it. If you don't have knowledge about production, the budget goes up, and once that happens, we have to compromise on the quality of the production. Issues like these can be sorted out if we start to impart production knowledge, through such academy as Flyking," the actress was quoted as saying.

Mishti made her Bollywood debut with Subhash Ghai's film Kaanchi: The Unbreakable. She said the filmmaker always encouraged her to understand production.

"I have seen production closely during my first film Kaanchi with Subhash Ghai in 2014. He always stressed one thing that I should also remain at the back of the scenes and understand how they are made. I have worked with his entire production team, so I know the importance of production," she said.