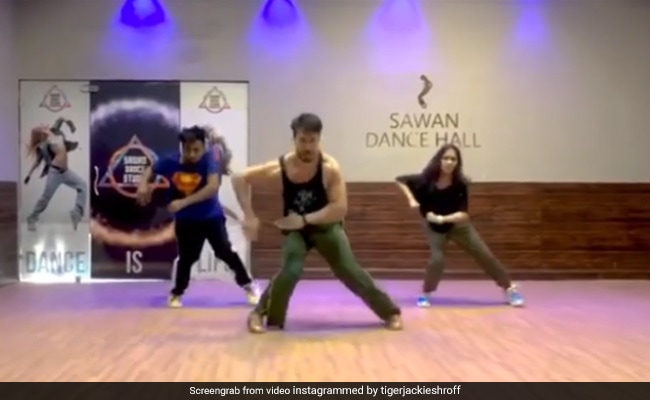 Tiger Shroff in a still from the video. (courtesy: tigerjackieshroff)

Tiger Shroff recently posted a video of himself dancing to Justin Bieber's song Yummy along with fellow dancers on his Instagram profile and can you guess who was the first one to comment on it? Well, it was Tiger's rumoured girlfriend and Bollywood actress Disha Patani. Disha dropped a couple of claps and heart-eyed emojis in the comments section. Sharing the video on his Instagram profile, the War actor wrote: "Love this song...Beleiber." Besides Disha, Tiger's Instafam also flooded the comments section with heart emojis. 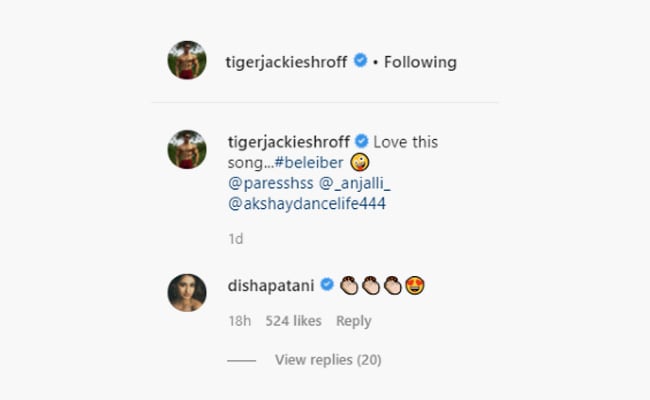 Both the actors frequently occupy a spot on the list of trends for their Instagram exchanges. Tiger's mother Ayesha Shroff and his sister Krishna Shroff also comment on Disha's Instagram posts frequently. Disha and Tiger shared screen space for the first time in music video Befikra. They later co-starred in the 2018 film Baaghi 2. Disha recently worked with Tiger in the Baaghi 3 song Do You Love Me.