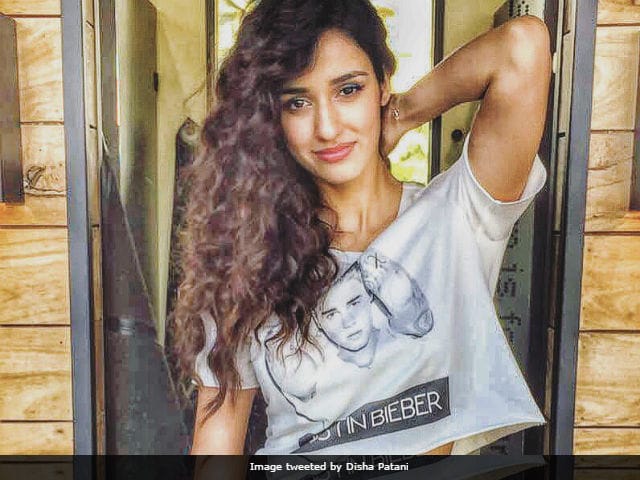 New Delhi: Singer Justin Bieber has a huge fan in actress Disha Patani. Disha, who made her debut in Bollywood with MS Dhoni: The Untold Story, told news agency IANS in Mumbai on Thursday, that she has been "dancing to Justin Bieber's songs, since her school days." The actress is also looking forward to the Baby singer's India tour. She said, "It is a huge thing for India as I have been listening and dancing to his songs for long." Justin Bieber will be performing in Mumbai on May 10, at the DY Patil Stadium. The 24-year-old actress also launched a collection inspired by Justin Bieber, for a fashion giant at their flagship store in Mumbai.

Promoted
Listen to the latest songs, only on JioSaavn.com
Though Disha has been a huge fan of Justin, she is yet to get passes for the show. The actress told IANS, "I am waiting. I am trying for the passes." Justi, are you listening? Disha also grooved to Justin Bieber's Sorry at the event. Here's a look at the video.

Disha Patani was last seen in the Sino-Indian film Kung Fu Yoga, which also starred Jackie Chan, Sonu Sood and Amyra Dastur. Though there were reports of her replacing Saif Ali Khan's daughter Sara Ali Khan in Student Of The Year 2, the actress has denied them She told IANS, "I am also reading this news. It is weird to read the news that says sometimes Sara sometimes me. I don't know what's going on." Student Of The Year 2 is the sequel to the 2012 Karan Johar film. It also stars Disha Patani's rumoured boyfriend Tiger Shroff.