"Direction Over Speed": Yami Gautam Takes Us To The Sets Of A Thursday

In the behind-the-scenes stills, we can see Yami and director Behzad Khambata's silhouettes 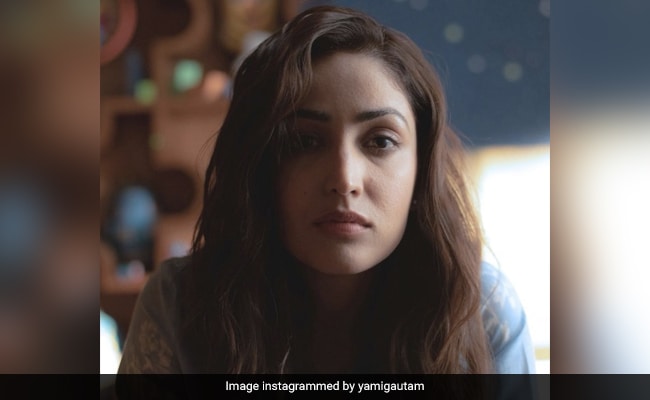 Yami Gautam is treating us to visuals from her shooting diaries. The latest one is a collage from the sets of her upcoming film A Thursday. In the behind-the-scenes stills, we can see Yami and director Behzad Khambata's silhouettes. The caption reads, "DIRECTION OVER SPEED!" The images were originally shared by Behzad. This comes days after Yami introduced her character Naina Singh to the world. Yami called Naina a "mastermind." In one of the images, we can see Yami sitting inside a playschool with Behzad. as they both went over the script. Commenting on the post, Yami's Ginny Weds Sunny co-star Vikrant Massey wrote, "Ufffff!!! Kamaal...whattayyyy wowww! Super-hit!"

A Thursday also stars Neha Dhupia, and Dimple Kapadia in crucial roles. Neha will play ACP Catherine Alvarez in the film. In a pic uploaded on Insta, Neha is wearing an olive green shirt with a pant-coat set. To add oomph factor to the look, the actress picked aviators and tied her hair in a bun. In the background stood a white Mahindra Scorpio, the quintessential police vehicle seen in cinemas.

Besides A Thursday, Yami is a part of Dasvi, a social comedy movie, featuring Abhishek Bachchan and Nimrat Kaur. Yami will be playing the role of an IPS officer Jyoti Deswal in the film, directed by Tushar Jalota.

Last month, Yami announced the end of Dasvi's shooting. She had shared a video expressing her excitement. Along with the clip, the actress wrote, "And it's a wrap on 'Dasvi' for me! Saying goodbyes on certain film sets are difficult because of the amazing and memorable teamwork you've had! Thank you so much #TeamDASVI for this unforgettable experience and getting Jyoti Deswal really close to my heart."

The actress has Bhoot Police along with Arjun Kapoor, Saif Ali Khan, and Jacqueline Fernandez. It will be released in theatres on September 10.