Dilip Kumar's Wife Saira Banu On Actor's Health: 'All Is Well, All Is Fine' 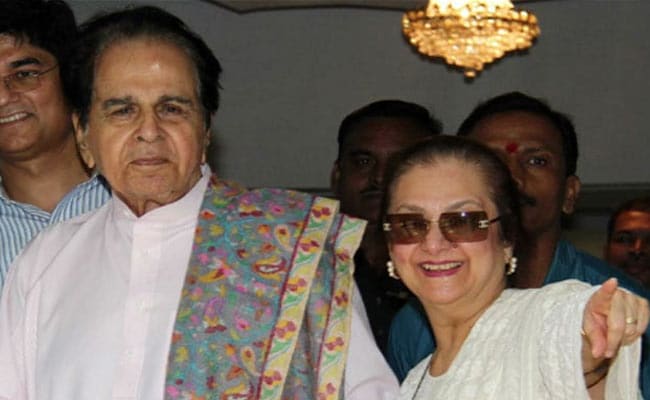 Dilip Kumar's wife Saira Banu shared an update about the actor's health with news agency PTI and said that he is "alright". Veteran actor Dilip Kumar, who was admitted to Mumbai's Lilavati hospital due to chest infection and breathlessness, was diagnosed with mild pneumonia. The 95-year-old actor is currently recuperating at his Mumbai home, the actress told PTI. "He is alright. He has come back from hospital and is recuperating at home as he had two bouts of pneumonia. He is with his doctor and nursing staff. He is getting better by god's grace," PTI quoted the actress as saying.

Saira Banu rubbished all the reports which claimed that Dilip Kumar is finding it difficult to recognise his wife and people close to him. The 75-year-old actress said that the veteran actor is "fine" and nothing of that sort has happened. "Who says that? I would not give that any cognizant at all. All is well, all is fine and nothing of this sort," the actress added.

Last month, after Dilip Kumar was discharged from the hospital, family friend Faisal Farooqui, who manages his Twitter account, wrote that the actor is back home and is doing "much better". Saira Banu had also updated his fans about his condition. "He is doing better now. The medical reports are saying a small patch of pneumonia is there. God willing, he will be out of it soon. But he is doing fine," Saira Banu had previously told news agency PTI.

Dilp Kumar is best known for his roles in films like Mughal-e-Azam, Andaz, Ram Aur Shyam, Madhumati and Devdas. He was honoured with the Padma Bhushan in 1991 and the Dadasaheb Phalke Award in 1994.