Dilip Kumar's Ancestral Home in Pakistan at Risk of Collapse 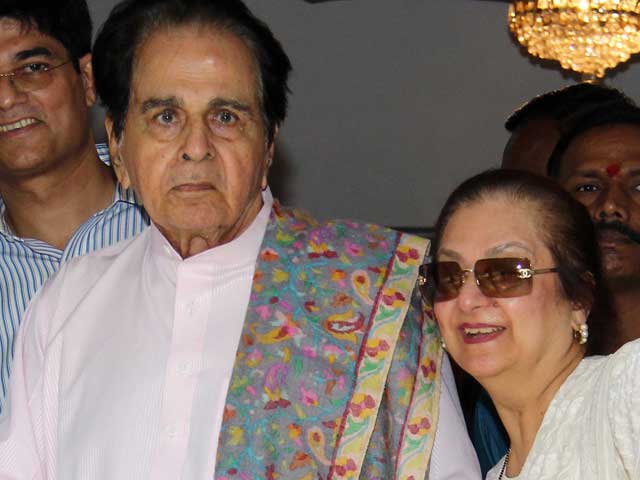 Legendary actor Dilip Kumar's ancestral home, which was declared a national heritage site by Pakistan Prime Minister Nawaz Sharif, is at risk of collapse after two-storeys of the dilapidated property caved in.

Residents of the Khudadad neighbourhood of the fabled Qissi Khawani Bazar have called upon the government to take immediate steps to prevent the loss of the national heritage site.

Dilip Kumar's property was declared a national heritage site in July last year, giving a reason to the people of Peshawar, who have looked up at the five marla three-storey house with pride, to celebrate.

The house, spread over 130 square meters, was even declared a protected monument in July this year and the government planned to convert it into a museum but nothing has been done so far.

"It is in terrible condition and could cave in anytime, which would be disastrous as it is a national heritage," said Shah Hussain, who lives close to the ancestral home of Dilip Kumar, who turned 92 yesterday.

"Two storeys have already collapsed in places and the building could cave in anytime. It speaks of the federal and provincial governments' apathy towards national and cultural heritage," said Shah Hussain.

He said Qissa Khawani Bazaar, or the storytellers' market, where Dilip Kumar's house is located, was the hub of cultural exchange between Central Asia and the Indo-Pak region.

It is a pity that successive governments over the decades have failed to preserve its cultural diversity and that of Peshawar, Shah Hussain added.

Dilip Kumar was born Yusuf Khan in Peshawar and spent the first seven years of his life there. In the late 1930s, his family relocated to Mumbai.

"It can be a big center of attraction for visitors from India and Pakistan as Dilip Kumar is a household name," she said.

Raskhinda said the museum would stand as a symbol for peace between the people of Pakistan and India.

Many portions of the structure have already collapsed with old furniture strewn around on the ground floor and inside the compound of the house, photographs published in the media in Peshawar showed.

A senior official of the cultural department in the Khyber Pakhtunkhawa government said the work on restoring the house as a national museum had been delayed because of a court dispute over the property.

Promoted
Listen to the latest songs, only on JioSaavn.com
"The dispute is being resolved between the owners of the house to preserve it," he said.

He said the government had already taken the belongings in the house into its custody.