"I want to thank all of you for keeping him in prayers," tweeted Saira Banu 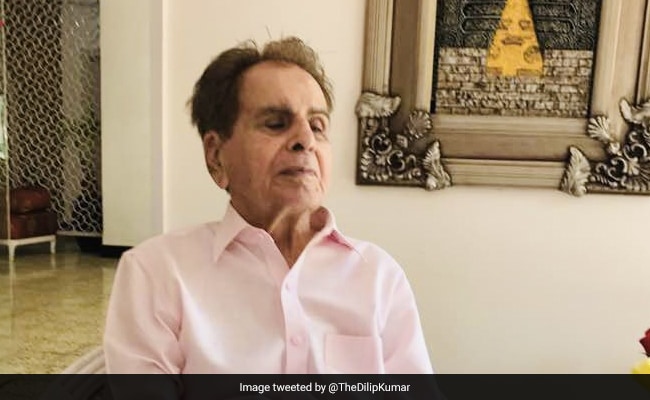 A day after living legend Dilip Kumar was hospitalised in Mumbai due to breathlessness, his wife and actress Saira Banu has actively been sharing updates on his health. In her latest tweet, she stated that Dilip Kumar is "stable" and might be discharged soon. She also thanked all the fans for their love and concern and tweeted: "Past few days my beloved husband, Yousuf Khan has been unwell and recuperating at a hospital in Mumbai. Through this note, I want to thank all of you for keeping him in your prayers and for all the love and affection." She shared an update on the veteran actor's health and wrote: "My husband, my Kohinoor, our beloved Dilip Kumar Sahab's health is stable and doctors have assured me he would be discharged soon."

In the same tweet, Saira Banu warned the fans against the rumours doing the rounds and added, "I urge you to not believe in rumours. While I ask you to pray for Sahab's health, I am praying that the Almighty keep all of you safe and healthy during this pandemic. Sincerely, Saira Banu Khan." The text along with tweet shared from Dilip Kumar's official Twitter handle read: "Message from Saira Banu."

Tweets shared from Dilip Kumar's Twitter handle have been constantly emphasising on not believing the circulated messages about the 98-year-old actor's health. "Don't believe in WhatsApp forwards. Saab is stable. Thank you for your heart-felt duas and prayers. As per doctors, he should be home in 2-3 days," read a tweet shared by the account last night.

Don't believe in WhatsApp forwards.
Saab is stable.
Thank you for your heart-felt duas and prayers. As per doctors, he should be home in 2-3 days. Insh'Allah.

On Sunday morning, a tweet shared by Dilip Kumar's account stated that the actor was admitted to a non-COVID hospital for routine check-up after he experienced breathlessness: "Dilip Sahab has been admitted to non-COVID PD Hinduja Hospital Khar for routine tests and investigations. He's had episodes of breathlessness. A team of healthcare workers led by Dr Nitin Gokhale is attending to him. Please keep Sahab in your prayers and please stay safe," read the tweet.