On Dilip Kumars death anniversary, take a look at some of the actor's finest films 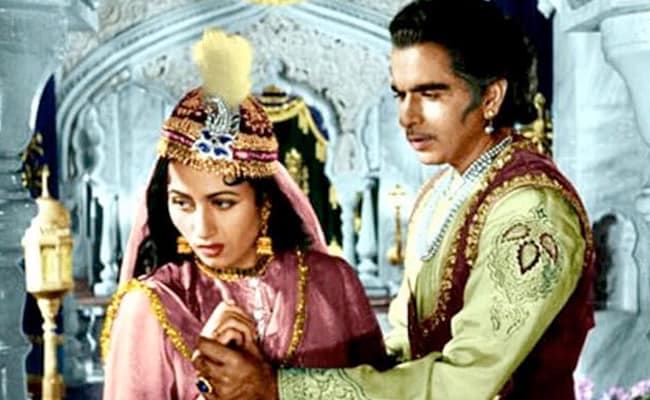 A still from Mughal-e-Azam.

The legendary actor Dilip Kumar needs no introduction. The actor has left an unparalleled body of work that has inspired generations of actors after him. Superstars such as Shah Rukh Khan have often expressed their admiration for the legend and his acting skills and charisma. On July 7, 2021, Dilip Kumar breathed his last after years of suffering and ill-health. One year after his death, fans of the late actor continue to mourn him and celebrate the actor's tremendous body of work. On his first death anniversary, we take a look at some of the actor's best works.

Starring Dilip Kumar as Prince Salim, this K. Asif's directorial is still considered a masterpiece of Hindi cinema. It showcases the love affair between Prince Salim and court dancer Anarkali, played by Madhubala in the film. Mughal-e-Azam, also starring Prithviraj Kapoor as Mughal emperor Akbar is one of Dilip Kumar's landmark films.

Dilip Kumar showcased his range as an actor with the 1967 film that features him in a double role. The film starred Mumtaz and Waheeda Rehma opposite Dilip Kumar and remains a fan favourite.

This Bimal Roy classic was the original reincarnation romance that left the audience in awe. The film starring Vyjayanthimala and Dilip Kumar is considered one of Bollywood's greatest films and has even inspired the likes of Om Shanti Om.

Dilip Kumar stepped into the shoes of a fearless editor of a daily newspaper in this Yash Chopra directorial. From the storyline to the action sequences, the film ticked all the boxes.  Anil Kapoor and Amrish Puri were also part of the film.

Released in 1955, Devdas established Dilip Kumar as one of the leading actors of Bollywood. Based on Sharat Chandra Chattopadhyay's novel of the same name, the film features Dilip Kumar in the titular role. It was directed by Bimal Roy and showcases the story of Devdas, the heir of a wealthy Bengali family who becomes alcoholic after he is forced to forget his childhood love due to class differences.

Remembering the legend on his death anniversary.