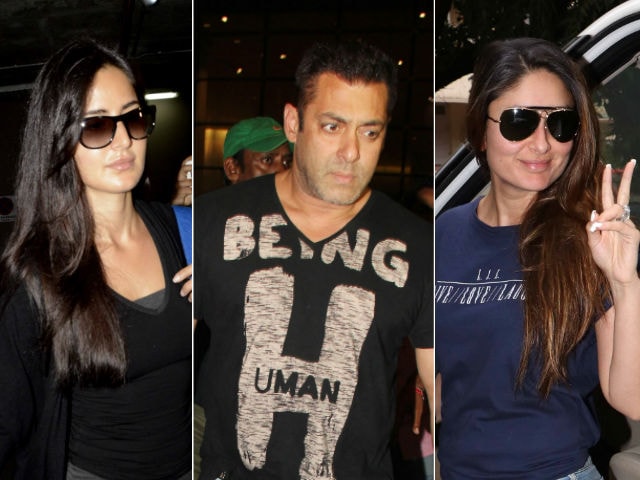 However, Katrina did not make it to the final quartet, the names of who were announced by filmmaker Rhea Kapoor in an Instagram post on Tuesday. The final four are Sonam Kapoor, Kareena Kapoor Khan, Swara Bhaskar and Shikha Talsania.

It's here! My next baby! @ekmainaurektu7 I'm so excited to collaborate with you! What a ride! Shashanka 'yoda' Ghosh to direct! #veerediwedding #vdw

Salman, 50, who has co-starred with Katrina, 32, in films like Ek Tha Tiger and Maine Pyaar Kyun Kiya?, reportedly suggested that Katrina play the part now filled by Kareena. A source told DNA: "He shares an excellent relation with Anil Kapoor, as they've been colleagues for decades. Also, during Prem Ratan Dhan Payo, Sonam and he became friends. So when Salman suggested that Sonam and Rhea have a talk with Katrina for the film, and they did."

So, what went wrong?

Katrina was reportedly unable to master the required Delhi accent, which is why she and team Veere Di Wedding parted ways.

Meanwhile, the source told DNA that Salman has got Katrina, "On board for the film with Rajkumar Santoshi as well."

Veere Di Wedding will be directed by Shashanka Ghosh, who earlier worked with Sonam in 2014's Khoobsurat. He will direct her again in Battle For Bittora, which he said hasn't been shelved but put on hold for some time.