Did Ranbir Kapoor And Katrina Kaif Shoot Separately For New Ad? She Says...

Ranbir Kapoor and Katrina Kaif were last seen together in Jagga Jasoos, which released after they broke-up. 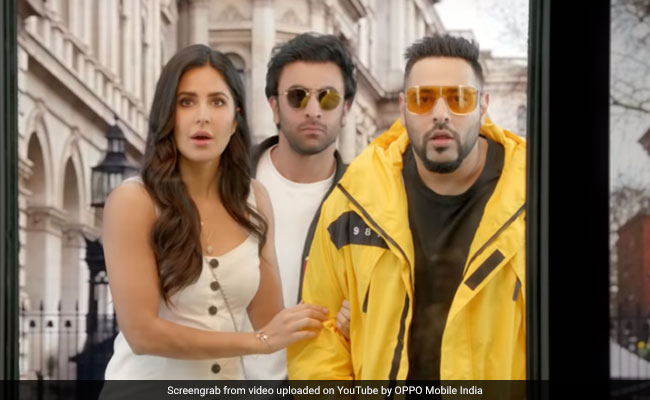 Ranbir Kapoor and Katrina Kaif with Badshah in a still from the advertisement. (Image courtesy: YouTube)

The Internet alleged that Ranbir Kapoor and Katrina Kaif shot separately for their new advertisement but the 36-year-old actress says there's no truth in the rumours, reports Mumbai Mirror. After a mobile phone ad featuring Ranbir, Katrina and rapper Badshah released online, several social media users commented that Ranbir and Katrina shot for the advert separately as they are not in same frame for most part of the advertisement. "There are separate shots for Ranbir and Katrina which can be easily noticed," read a comment on YouTube. But without elaborating, Katrina Kaif, who was last seen in Bharat told Mumbai Mirror, "Not true, we shot it together completely."

Here's the advertisement, which Katrina Kaif also shared on her Instagram page:

Katrina Kaif and Ranbir Kapoor dated for six years before they broke up sometime between 2015 and 2016. They fell in love while filming 2009 film Ajab Prem Ki Ghazab Kahani and they've also co-starred in movies like Raajneeti and Jagga Jasoos, which released after they broke up. Jagga Jasoos went on floors while Ranbir and Katrina were dating. However, Ranbir and Katrina did promote the film together.

Before Katrina, Ranbir Kapoor dated actress Deepika Padukone for several years and they've featured in films like Yeh Jawaani Hai Deewani and Tamasha after their break-up. In addition, Deepika and Ranbir have also featured in a series of advertisements for Asian Paints.

As of now, Ranbir Kapoor is reportedly dating actress Alia Bhatt, with whom he co-stars in upcoming film Brahmastra. On the work front, Ranbir Kapoor also has Shamshera and a film with Luv Ranjan (also reportedly co-starring Deepika Padukone) in the pipeline.