Dia Mirza Says Artists Have 'Every Right' to Return Awards 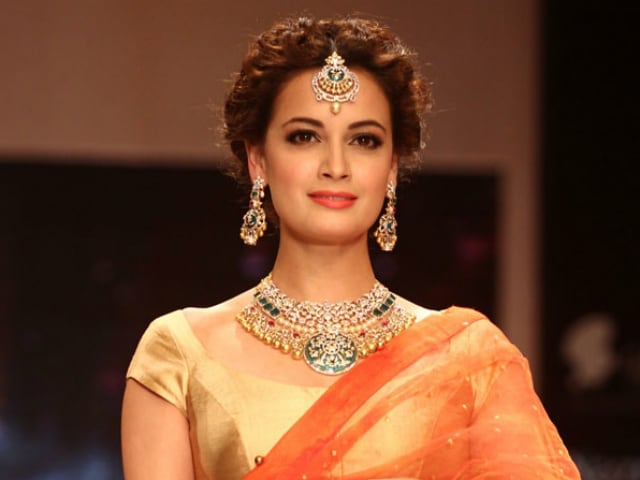 Dia Mirza photographed at a fashion show in Mumbai.

Mumbai: Dia Mirza said that religion is a subject she explored and discovered but has let it become her identity.

"I went to a school that followed philosophy of Jiddu Krishnamurthy. I am daughter of a Christian father and a Bengali mom and grew up in a Muslim family. So religion has never been my identity. It's something I explored through course of time," she said at the Prithvi Theatre Festival on November 5.

"Identification boundaries limit a person. Religion and faith should be followed and practiced but should not become your identity," she said.

When asked about the current scenario, where protests against the growing 'intolerance' are increasing, Dia said: "I want to ask those who are questioning the returning of award that when one receives such a great honour from our country, the person becomes compelled to take the tough decision to return that honour or not: How many people would have that largeness of heart and commitment to nation?"

"Every individual who returned their award have every right to do so and that is their personal choice of protesting. This is a mark of protest because they feel strongly enough about it, so they are doing so," she added. (Also Read: Anil Kapoor Says 'Intolerance' is Not New, Doesn't Agree With Awardwapsi)

Dia, who has been involved with several causes like Cancer Patients Aid Association and Spastics Society of India, and has worked extensively to spread HIV awareness and prevention of female foeticide, said that she believes politics and religion should be kept separate.

"The day when politics and religion will be treated independently, we can say we live in a democratic country," she said.