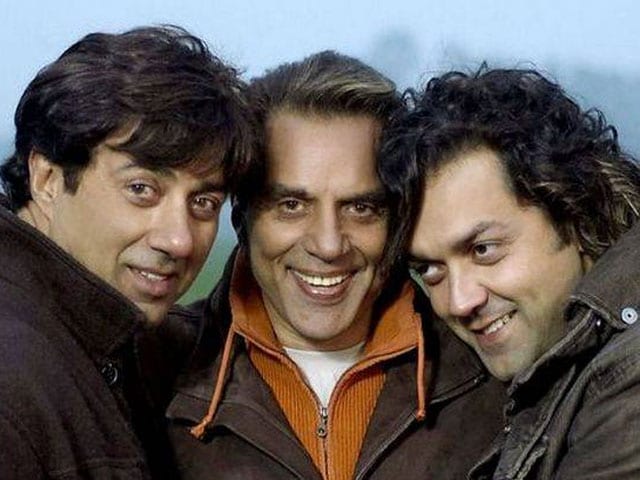 Dharmendra, Sunny and Bobby Deol in a still from Apne

New Delhi: Bollywood's evergreen actor Dharmendra says he will soon team up with his sons Sunny and Bobby for a movie and they are already going through scripts to zero in on a project.(Also Read: Why Dharmendra Wants Salman Khan to Play Him in Biopic)

Dharmendra, 79, made the revelation at the launch of Dharam Garam - Dhaba Te Theka, a Delhi-based restaurant inspired by the Sholay actor, his movies, songs and dialogues.