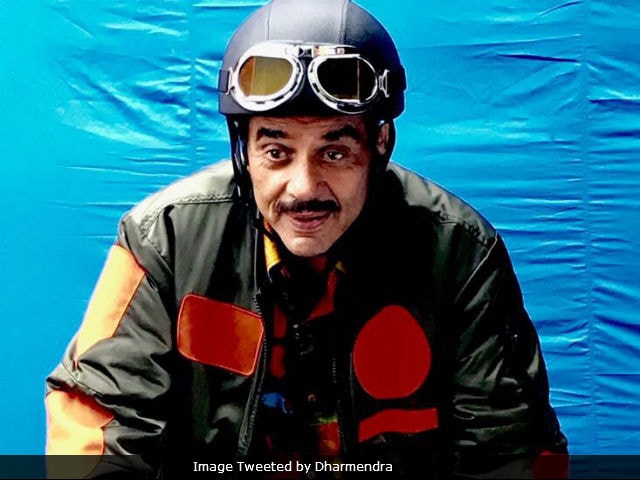 Your love has encouraged me to come more close to you ... so here is me from the sets of YPD Phir se... #newbeginnings#shootmode#hyderabadpic.twitter.com/nWGP1dJW0w

In less than 24 hours, Dharmendra's post had over 1,800 likes and the fans flooded his Twitter timeline with adorable comments. People are glad that the Veeru Dada actor is on Twitter and among them is actor Abhishek Bachchan, son of Dharmendra's Chupke Chupke co-star Amitabh Bachchan. Abhishek welcomed him warmly with this tweet :

Guys, please give a very warm welcome to the one and only Dharam ji @aapkadharam to twitter.

Meanwhile, one of the fans tweeted that the picture reminds her of the song Yeh Dosti Hum Nahi Todenge from Dharmendra and Mr Bachchan's film Sholay while others welcomed Dharmendra with a 'big hug.'

Welcome sir. This pic reminds me of sholay sir. D bike scene where you and @SrBachchan sir go up and down alternately in ye dosti song

Promoted
Listen to the latest songs, only on JioSaavn.com
In 2011, Dharmendra was awarded the Dadasaheb Phalke Ratna Award.

Have you followed Dharmendra on Twitter yet?
Comments
DharmendraSunny Deolbobby deol