Manish Raisinghan said that he'll get married in a gurudwara with only 10 people in attendance. 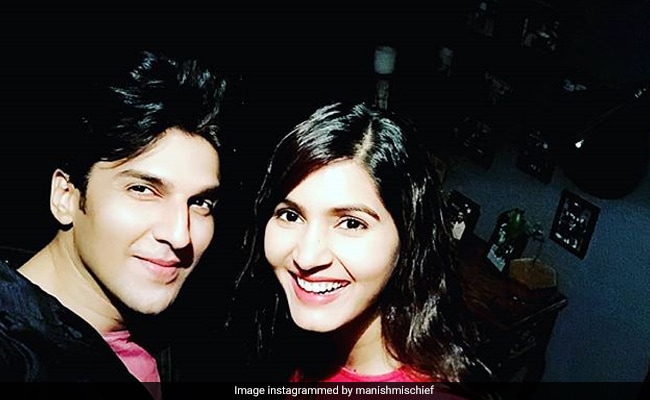 Sasural Simar Ka actor Manish Raisinghan made it to the top of Friday's list of trends with his lockdown wedding announcement. Speaking to Hindustan Times, Manish revealed that he is all set to marry actress Sangeita Chauhan, his co-star of Ek Srinagar- Swabhimaan, on June 30 in a Gurudwara in the presence of 10 people. Due to the COVID-19 pandemic, social gatherings with over 50 people, including wedding functions, has been banned by the government. The actor said, "We are getting married in a Gurudwara in Mumbai on June 30, with only 10 people in attendance. Neither of our parents will attend the wedding as they are senior citizens and we don't want to take any risks. Shaadi karke seedha ghar aayenge and celebrate karenge." Manish Raisinghan also said that they'll host a reception once things get back to normal.

Before Manish Raisinghan broke the news of his wedding with Sangeita Chauhan, the actor was linked to his Sasural Simar Ka co-star Avika Gor. Manish said, "Whatever rumours (with Avika) came out, were not in my hands. There was no truth in them. In fact, as recent as May 2020, there were rumours that we got married. They just don't stop."

Speaking about how he and Sangeita Chauhan decided to get married, Manish said, "It was a jhatka for everyone. On June 11 or 12, my dad and I were talking and he brought up the topic of marriage and I said yes. It was a surprise for him and my mum when I said Sangeita was the girl. Then I called her and told her I want to talk to her parents but she said she would break the news to them and then put me on. It all happened in one day. It felt more like a comedy show than a serious affair as it happened so quickly."

"Later, when we got the auspicious dates, and one of the dates was June 30, which is my bestie, Avika's birthday and so we chose that. Avika was thrilled and we have a pact that she will get married only on my birthday," he added.

Sangeita has featured in shows such as Piyaa Albela and Naagin 3 while Manish has played pivotal roles in soaps like Sapna Babul Ka...Bidaai, Kahiin to Hoga, Teen Bahuraaniyaan and Waaris.