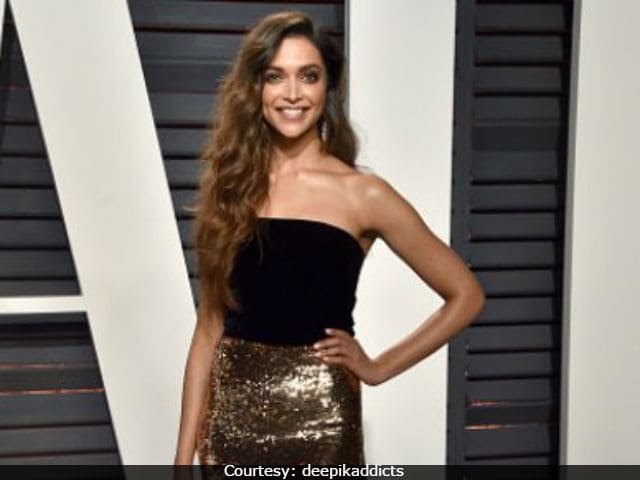 New Delhi: Actress Deepika Padukone will be the new addition to the L'Oreal contingent at the Cannes Film Festival this year. She will be joining veterans Aishwarya Rai Bachchan and Sonam Kapoor as well other longtime Cannes regulars like Eva Longoria. Deepika, 31, has been rumoured to be headed for the ultra-glam Cannes red carpet this year ever since she was confirmed as the new L'Oreal ambassador last month. Later, it was reported that she would be too busy with new film Padmavati to attend the festival. "We're happy to announce that Aishwarya Rai Bachchan, Deepika Padukone and Sonam Kapoor will be representing L'Oreal Paris and India at the Cannes Film Festival this year. This year is very special to us as L'Oreal Paris celebrates two decades of being the official makeup partner for Cannes," read a statement released on Friday by L'Oreal.

Deepika Padukone has been to Cannes before, in 2010.


Deepika Padukone's Padmavati is currently a work-in-progress. The period film, in which she plays the title role of Rani Padmini, is directed by Sanjay Leela Bhansali and co-stars actors Ranveer Singh and Shahid Kapoor. Padmavati is based on the legend in which Rani Padmini commits jauhar to escape Emperor Alauddin Khilji, played by Ranveer, when he invades her kingdom of Chittor. Shahid plays her husband Ratan Singh.