Nihaar Pandya was recently seen in Manikarnika: The Queen Of Jhansi 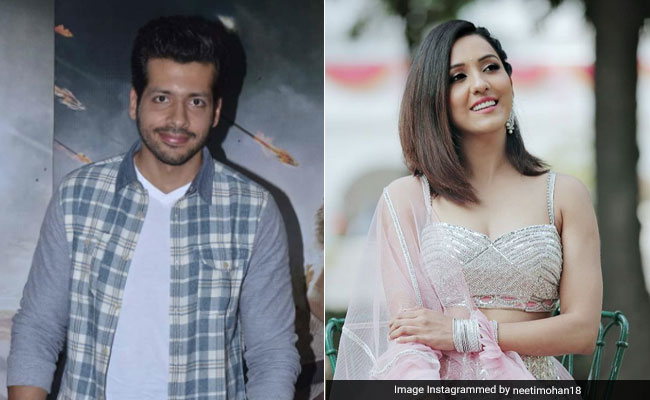 Nihaar Pandya, who was recently seen in Manikarnika: The Queen Of Jhansi, will get married to singer Neeti Mohan on Valentine's Day, the actor confirmed on The Kapil Show, a Mumbai Mirror report stated. Nihaar, who dated actress Deepika Padukone in the early 2000s, appeared on The Kapil Sharma show with Neeti, where he talked about his impending wedding. According to the actor, he fell in love with the 39-year-old singer even before he met her and urged a common friend to introduce him to Neeti. "A friend of mine was a member of Aasma, the band that Neeti was a part of at the beginning of her career. I asked him several times to introduce us but that never happened," Mumbai Mirror quoted Nihaar as saying.

During the show, when Kapil prodded them to reveal who proposed first, this is what Nihaar said: "We were taking a stroll around my farmhouse and upon reaching a pre-decided spot under a tree, I went down on one knee and asked her, 'Tu shaadi karegi mujhse?' and at that very moment, a phoolon ki bearish happened."

Nihaar Pandya often delights his Instafam with photos and videos featuring himself and Neeti."Happy Birthday Neeti Mohan.. I have a few pictures where your talent is way better than these filters, will share them soon. You continue to spread the love and smiles wherever you go. Best wishes to you NeMo ," read Nihaar's birthday post for Neeti.

Happy Birthday @neetimohan18 .. I have a few pics where your talent is way better than these filters.. #nofilter #nofilterneeded .. will share them soon.. haha.. You continue to spread the Love and smiles wherever you go . Best wishes to you NeMo

Neeti Mohan made her singing debut in Bollywood with the track Ishq Wala Love (2012), which was part of Karan Johar's 2012 film Student Of The Year. Jiya Re, Saadi Galli Aaja and Sau Aasmaan are some of Neeti's best known songs.