Deepika Padukone, Sonam Kapoor Are Filmfare's Most Glam And Most Stylish. See Pics

Bollywood celebrities put their stylish foot forward to celebrate a night of fashion, glamour and style. Take a look at who wore what. 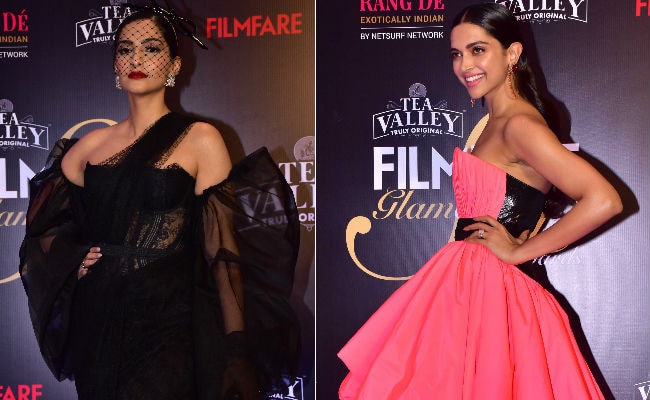 Take a look at who wore what at the Filmfare Glamour and Style Awards:

Deepika Padukone carried herself with utmost grace in Jean Louis Sabaji asymmetric gown. She finished out her look with minimal accessories, a sleek hairdo and a nice shade of pink lip colour. Deepika Padukone was named the Most Glamorous Star (Female). 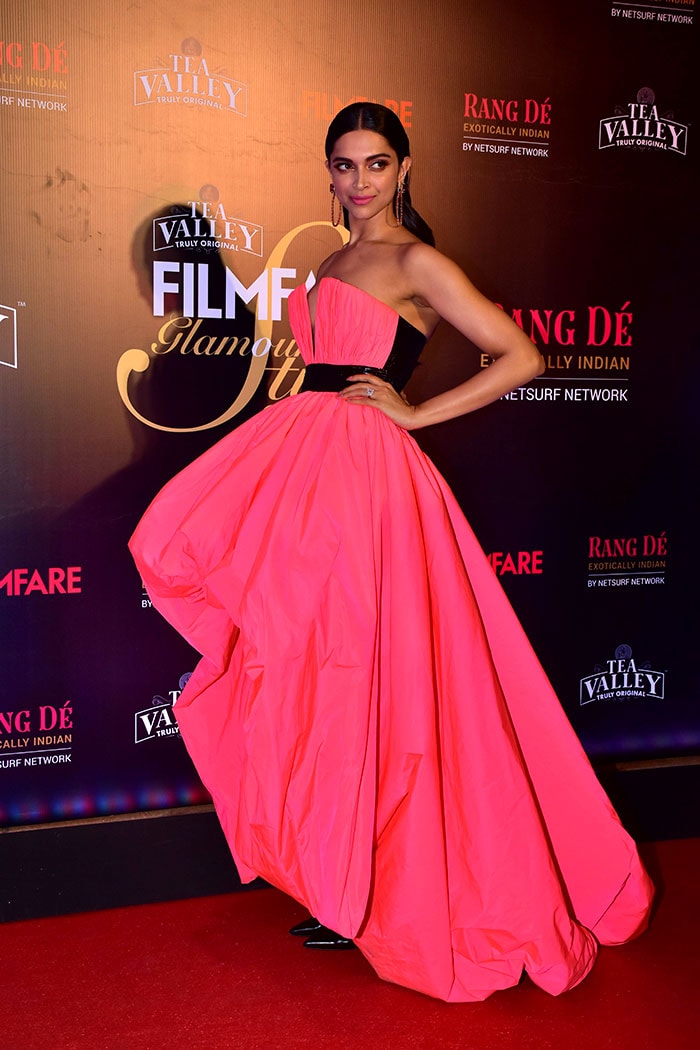 Sonam Kapoor, styled by her sister Rhea Kapoor, looked stunning in Shehlaa saree paired with a train-belt, exaggerated balloon sleeve-gloves and a fishnet hat by Philip Treacy. She won the Most Stylish Star (Female) award. 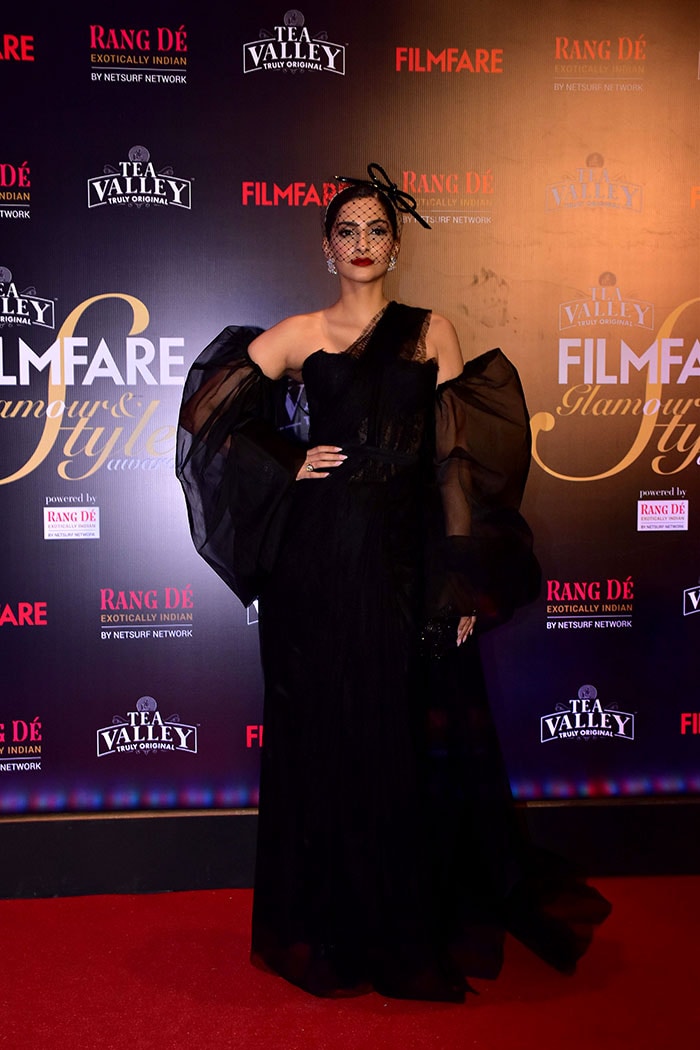 Karisma Kapoor, who picked the Trailblazer of Fashion award at last night's event, walked the red carpet in a sheer and sequinned dress by Tony Ward. 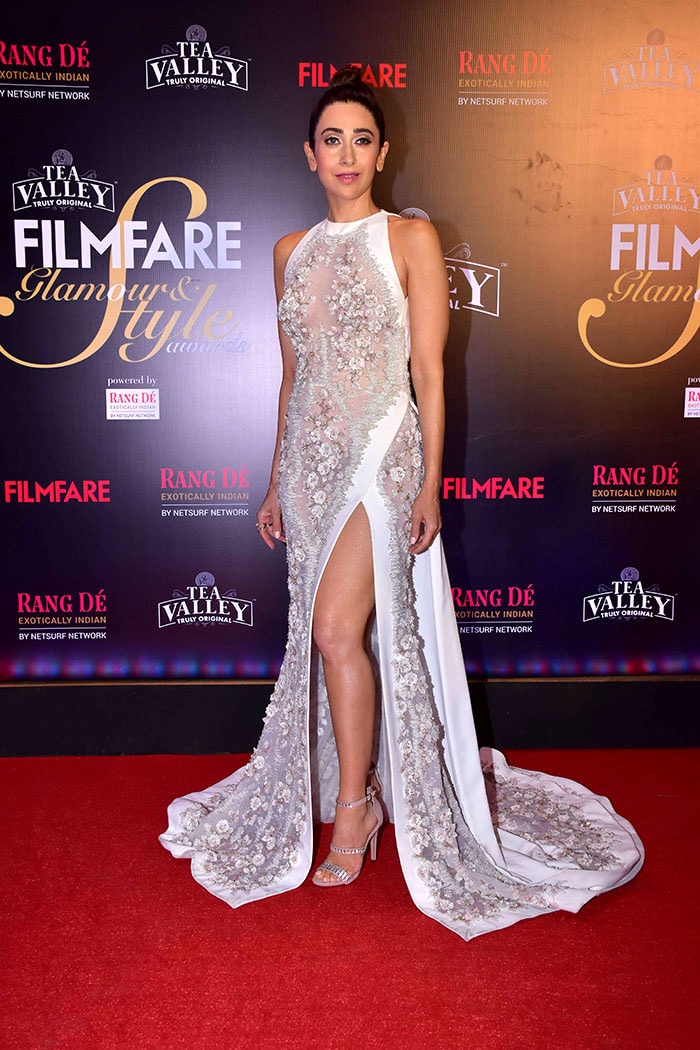 Kajol, who was awarded the Timeless Beauty trophy, looked stunning in a yellow La Bourjoisie dress. A quirky smile and diamond ear loops finished out her look. 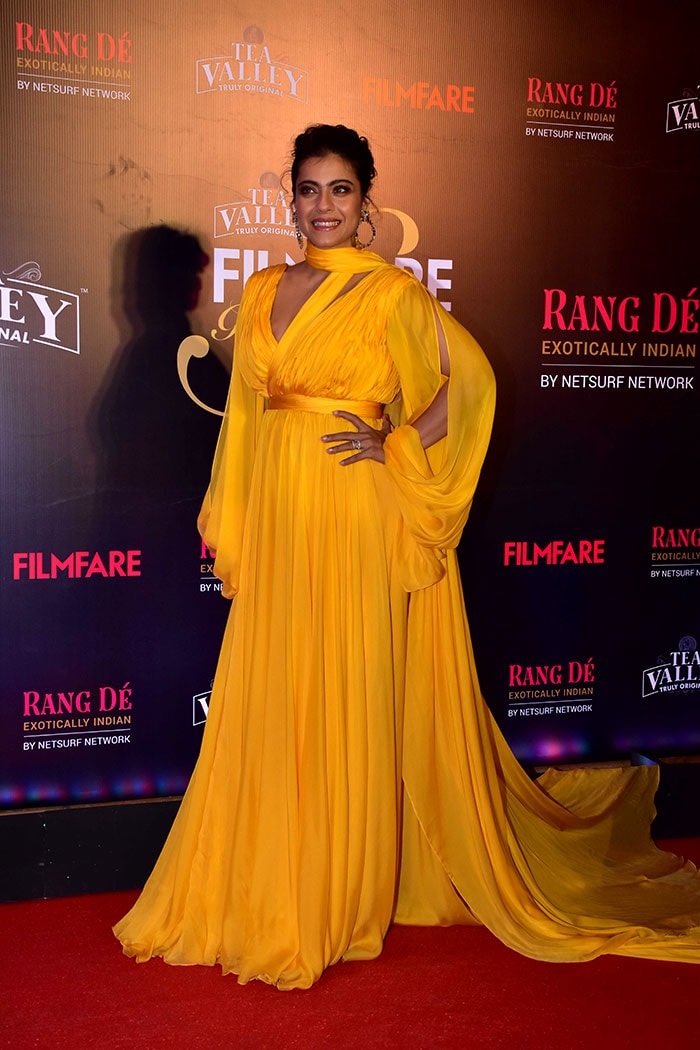 Janhvi, who was named Emerging Face of Fashion, dazzled in a Yousef Al-Jasmi while Brahmastra actress Mouni Roy looked pretty in a soft pink outfit with pleated skirt. 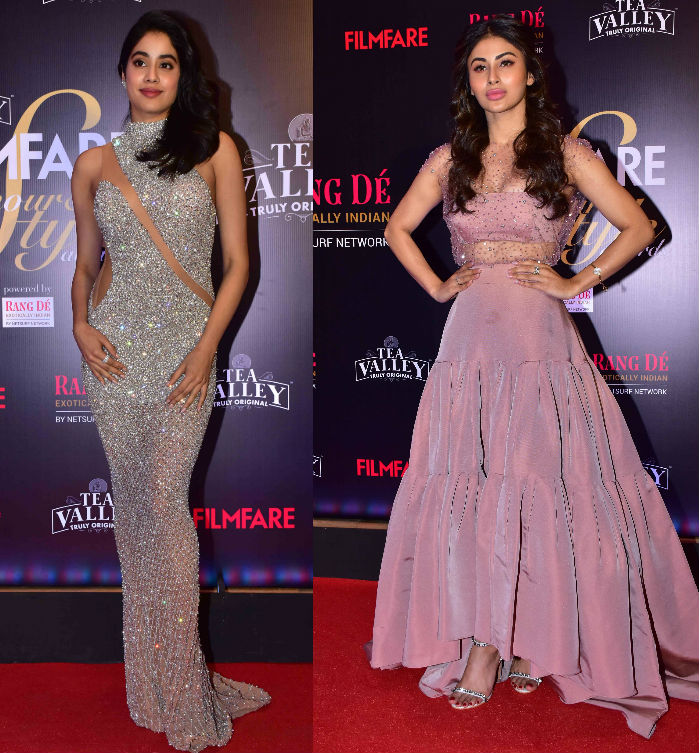 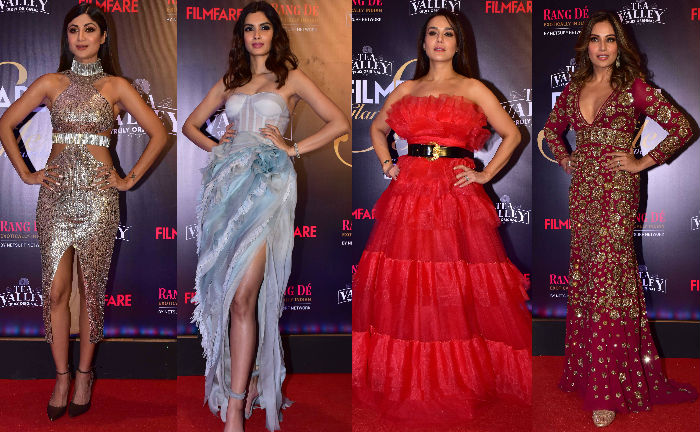 Vidya Balan, dressed in a black saree, played safe while Rekha ditched her usual kanjeevram saree in favour of a chikankari suit. Rekha was named the Ultimate Diva. 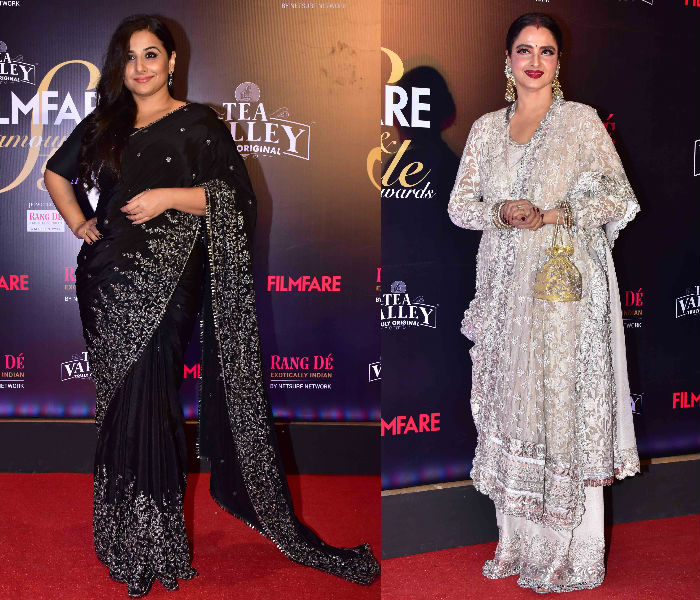 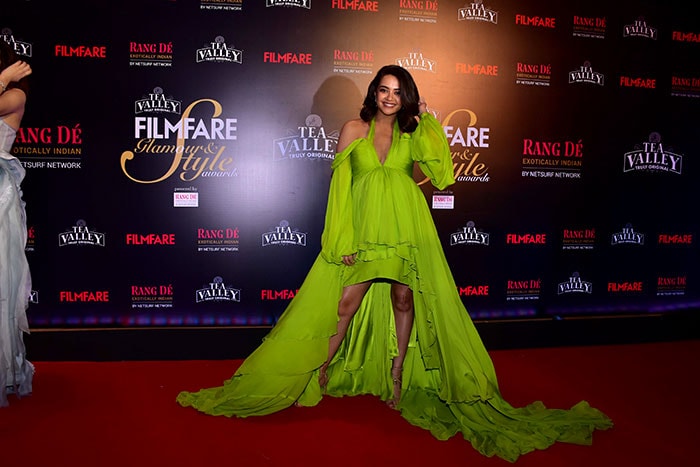 Rakul Preet showcased another piece from Tony Ward boutique while Saiyami Kher wore a sheer and embellished outfit. Warina Hussain, who debuted in Loveyatri, picked a stunning dress from the racks of Sarah AlAbdallah. Sophie Choudry shimmered in Swapnil Shinde. 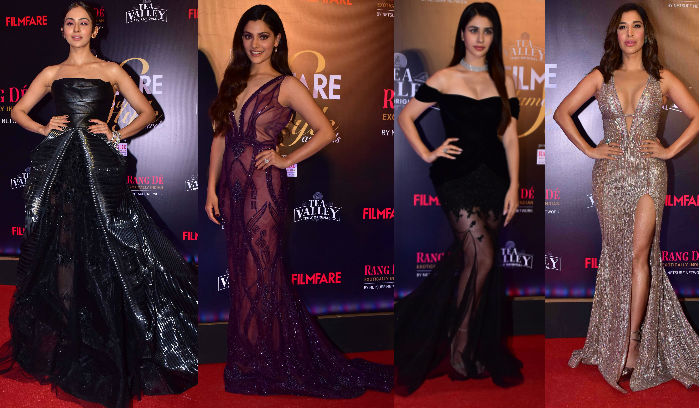 Prateik Babbar arrived with his wife Sanya Sagar, who looked gorgeous in red. Sunny Leone and Daniel Weber had eyes only for each other on the red carpet. We also spotted Kim Sharma and Harshvardhan Rane there. 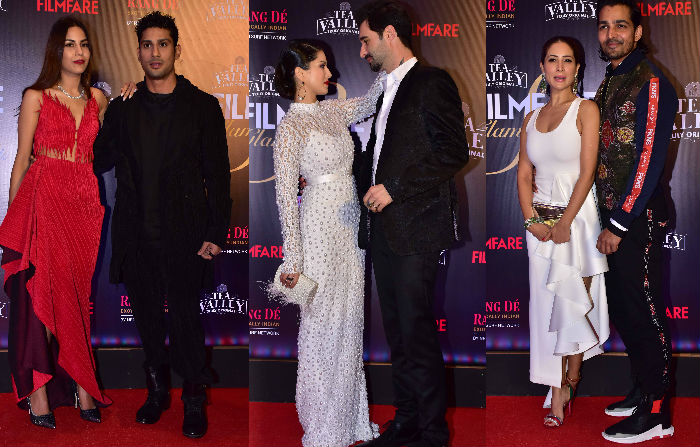 Shahid Kapoor and brother Ishaan Khatter, Kartik Aaryan, Ayushmann Khurrana, Vicky Kaushal and Diljit Dosanjh were among the stylish men on the block. 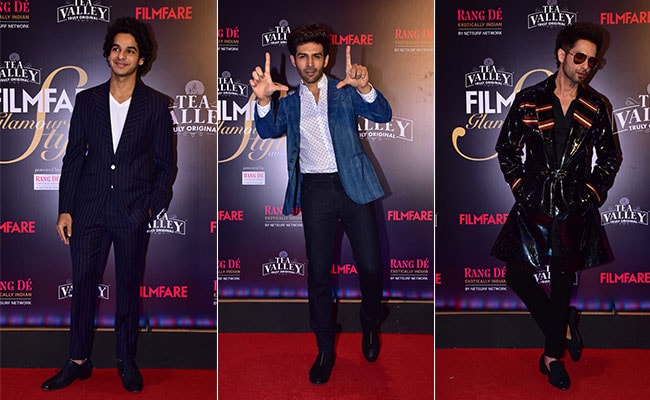 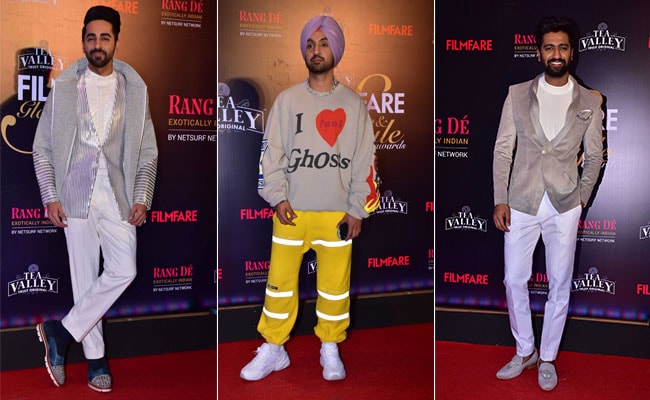 Tell us which celebs' fashion game you liked the best in the comments section below.