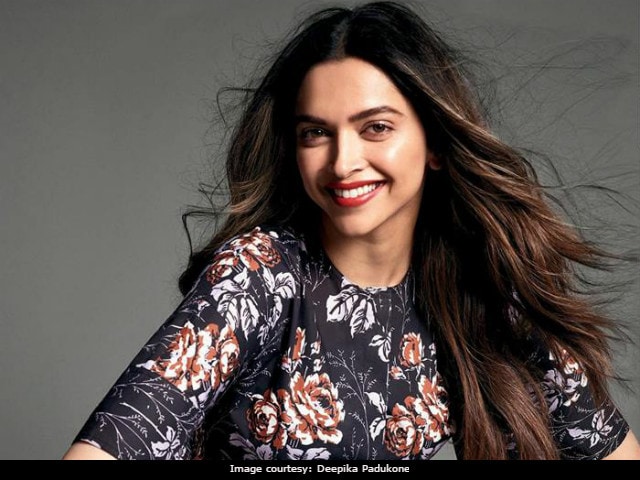 Deepika Padukone Photos: Deepika is the star of films like Piku and Tamasha (courtesy: DeepikaPadukone)

New Delhi: Actress Deepika Padukone kicked off this year with her Hollywood debut, xXx: The Return Of Xander Cage, co-starring none other than Vin Diesel. Earlier this month, Deepika has also been spotted hanging out at the Oscar after party hosted by Vanity Fair, which is one of the most glam post-Oscars events and are filled with celebrities dressed in their fashionable best. Earlier, Deepika was also part of the Golden Globes after party. Hollywood apart, Deepika is still desi at heart. Back home, she's busy filming Sanjay Leela Bhansali's ambitious period drama Padmavati. Bajirao Mastani was Deepika's last project in Bollywood.

Deepika is the daughter of famous badminton player Prakash Padukone and Ujjala Padukone. Deepika, who chose a career in modelling over being a sportsperson, popularly modelled for Liril and Limca in her early days. Soon, she made an appearance in Himesh Reshammiya's 2005 single Naam Hai Tera ahead of her acting debut in Kannada film Aishwarya. Deepika was one of those who had a dream-come-true Bollywood debut in a Shah Rukh Khan film - it was 2007's Om Shanti Om. Deepika has also starred with megastar Rajinikanth in 2014's Kochadaiiyaan.

Deepika is also the star of films like Bachna Ae Haseeno, Chandni Chowk to China, Love Aaj Kal, Housefull, Break Ke Baad, Cocktail, Yeh Jawaani Hai Deewani, Ram-Leela and Tamasha. She has also worked with stars like Ranveer Singh, Akshay Kumar, Saif Ali Khan and Ranbir Kapoor. Deepika, who dated and broke up with Ranbir in 2013, is currently rumoured to be dating Ranveer.

Promoted
Listen to the latest songs, only on JioSaavn.com
Here are 50 of the most fabulous photos of Deepika Padukone:

all things Ralph...Thank You @ralphlauren for a magical evening and congratulations on a beautiful show! #nyfw2017 @elizabethsaltzman

#Repost @loewe with @repostapp @deepikapadukone in #LOEWESS17 for @instylemagazine

#Repost @altuzarra with @repostapp "I wanted to move out of my comfort zone and start over." Actress @deepikapadukone on relocating from her native India to begin her career in North America. Deepika wears #AltuzarraSS17 in this issue of @Instylemagazine.

Thank You for giving me one of my most challenging and memorable characters and thank YOU all for the love...#sanjayleelabhansali #ranveersingh #priyankachopra #1yearofbajiraomastani

Thank you for this heart warming note Mihika...Repost @mihikadutta As 'Love Aaj Kal' celebrates its 7th Anniversary today, here's my ode to one of @deepikapadukone most inspiring & relatable characters ever, Meera. How many times do you see a character that makes you think - Wow...I should be more like her! Meera was one of those characters for me. Someone who took life in her own hands and said 'I got this. I know what I want to do and I am going to do it'. From creating her identity to being comfortable with just being the girl who is in love with a boy, from taking wrong decisions to unapologetically owning up to the mistakes she has made, Meera was wonderfully raw and real. Towards the end of the movie, Saif's character finds her at the restoration site and confesses his love for her. You see Meera finally break down here - few seconds, one scene and one thousand emotions. THIS is the scene that has stayed with me from the movie, the one I've gone back to YouTube to watch repeatedly. This scene makes her so beautifully relatable. The girl who makes sacrifices for her work, lives by her own rules, makes tough decisions - but is always looking for a little love. Her girl next door traits with her courage to live on her own terms. I think I am like that in more ways than one & also hope to be. So, @deepikapadukone. Here's to you. For choosing characters that stay with us long after the 120 minutes of the movie are over. Characters that inspire us, characters that make us think. In its own wonderful way Meera changed a little bit of me for the good and I thank you for that. I hope my love reaches you through this. xoxo

Happy Happy Birthday to the man with the kindest most generous heart!I love you Teddy @vindiesel

@deepikapadukone caught in a candid moment as she poses with her #IIFA2016 Best Performance in a Leading Role - Female award for Piku. Share your wishes and congratulations in the comments below! -Team DP

A glimpse of @deepikapadukone in this stunning outfit for her performance is enough to leave us wanting for more! #IIFA2016 -Team DP

All the way from Madrid! Here's another exclusive image of @deepikapadukone's stunning look for #IIFARocks -Team DP

@deepikapadukone takes bohemian and chic to a whole new level! Aren't you loving her #IIFA2016 looks from Madrid? -Team DP

@deepikapadukone looks sensational in this red ensemble for the #IIFA2016 press conference! Stay tuned to see more of her looks from Madrid! -Team DP

@deepikapadukone sported a boho-chic look at an event in Mumbai today! Doesn't she carry off this stylish look with great panache? - Team DP

Today's look straight from New York! @deepikapadukone looks stunning in this understated yet ultra-stylish look.. What do you think? - Team DP

Shoojit Sircar's Piku, co-starring Amitabh Bachchan, is one of Deepika's best loved films. She also won the Filmfare Best Actress Award for the movie in 2015. Deepika Padukone co-stars with Shahid Kapoor and Ranveer Singh in her next Padmavati.