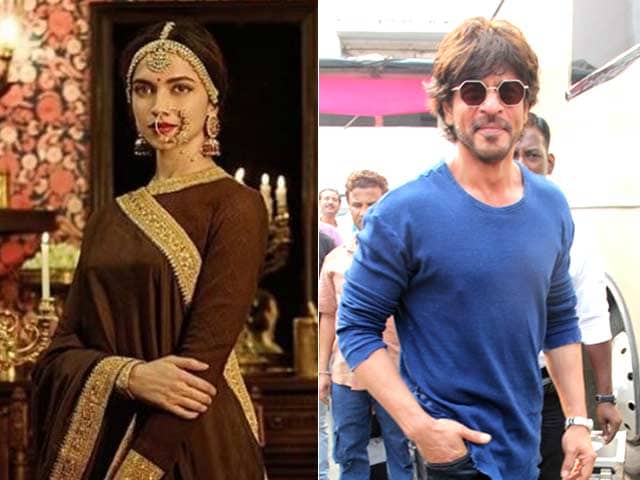 Deepika Padukone in a traditional outfit (Pic by deepika_loveforever), SRK photographed in Mumbai

New Delhi: Actress Deepika Padukone shot a folk song for her new work-in-progress film Padmavati at Mehboob Studio in Bandra, Mumbai on Wednesday. Deepika, 30, stars as the titular Rani Padmavati in the film, directed by Sanjay Leela Bhansali. Actors Ranveer Singh and Shahid Kapoor play Alauddin Khilji and Padmavati's husband Raja Ratan Singh respectively. Filming began some weeks ago and while Deepika was present on set the first day to wish the cast and crew luck, her own shooting schedule began later. This is Deepika's third film with director Bhansali after Ram-Leela and Bajirao Mastani, both of which were well-received.

A source from the film unit told news agency PTI, "We have started shooting for a song. It's a folk song, a Rajasthani song. The set is huge and it's grand. The song features only Deepika Padukone." The song has been choreographed in the Rajasthani folk dance 'ghoomar' style. In Bajirao Mastani, Deepika and co-star Priyanka Chopra featured in a lavani-style dance number titled Pinga.

Sanjay Leela Bhansali, who does everything on a grand scale, has had a massive set erected at Mehboob Studio. The set, in keeping with Mr Bhansali's strict security measures has been cordoned off. Deepika's back-up dancers were seen in traditional costumes of lehenga, blouse and dupatta with heavy jewellery.

No pictures of Deepika in costume are available nor will they be because phones are banned on Mr Bhansali's sets. Security is extra tough on the sets of Padmavati - Deepika and the principal cast will be reportedly shrouded in moveable tents as they make the journey from vanity van to set.

Promoted
Listen to the latest songs, only on JioSaavn.com
If anybody did manage to catch a glimpse of Deepika Padukone in her Padmavati finery, it would have been actor Shah Rukh Khan, who was at Mehboob Studio with actress Alia Bhatt, promoting their film Dear Zindagi. SRK, 51, reportedly dropped by the Padmavati set to visit Deepika, with whom he has appeared in the films Om Shanti Om and Chennai Express.

So while we don't have pictures of Deepika, we do have photos of SRK and Alia. 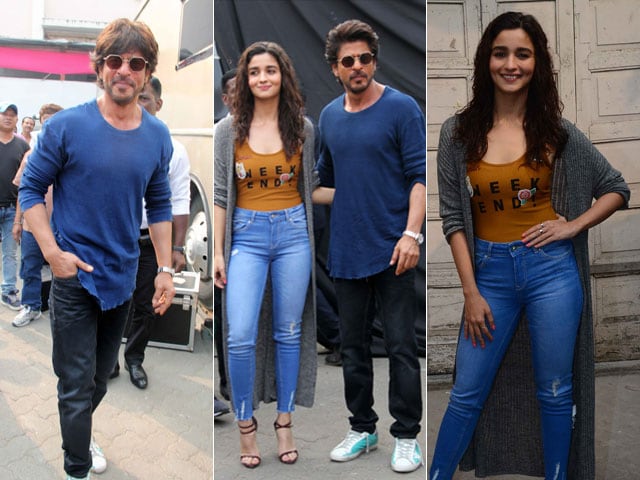