"Deepika was scheduled to travel to France to attend Louis Vuitton's FW2020 show at the ongoing Paris Fashion Week," said the actress' spokesperson 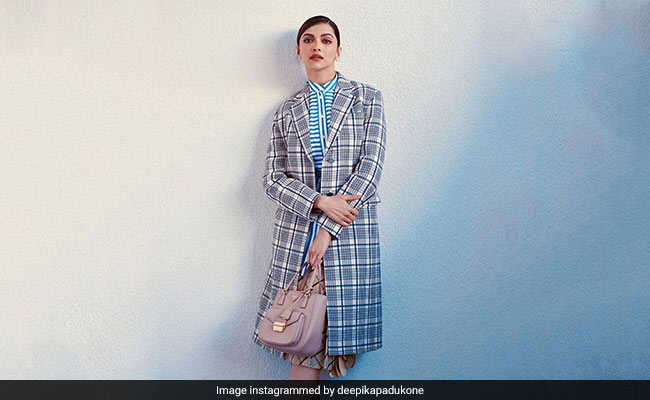 Deepika Padukone, who has attended several International fashion events in the past, was scheduled to attend the Paris Fashion Week this month. However, the 34-year-old actress had to cancel her trip due to the global coronavirus outbreak. The actress' spokesperson told news agency IANS, "Deepika Padukone was scheduled to travel to France to attend Louis Vuitton's FW2020 show at the ongoing Paris Fashion Week but has had to cancel her trip with news coming in that the coronavirus epidemic has now entered a new stage in France."

The "Padmaavat" actress recently signed the Hindi remake of the 2015 film The Intern, co-starring Rishi Kapoor. The original film featured Robert De Niro and Anne Hathaway in the lead roles.

Deepika Padukone was last seen in Meghna Gulzar's Chhapaak, which is based on acid attack survivor Laxmi Agarwal's life. The actress also announced her next project as a producer, a retelling of Mahabharata from the point of view of Draupadi. She will soon be seen sharing screen space with her husband Ranveer Singh in Kabir Khan's sports drama '83, in which Ranveer will play the role of Kapil Dev and Deepika will play Kapil Dev's wife Romi Bhatia. The film showcase the story of India's historic win at the 1983 Cricket World Cup.