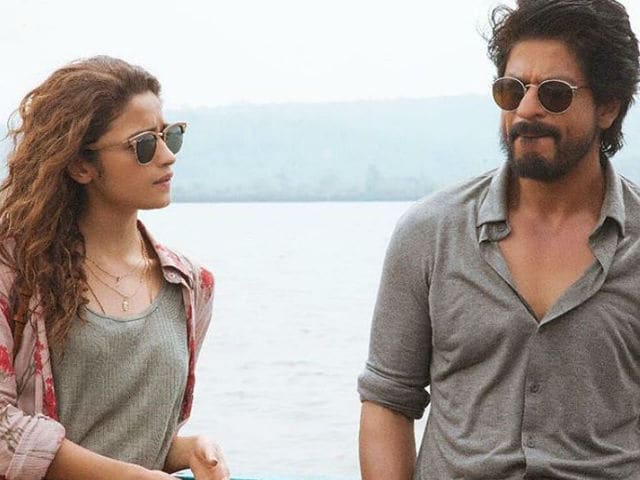 New Delhi: Shah Rukh Khan missed his annual Diwali date with the box office this year (he had a cameo in Ae Dil Hai Mushkil, but does that really count?) and his 2016 release, Dear Zindagi, opens in cinemas on Friday. Dear Zindagi, co-starring Alia Bhatt, is the second big Khan film this year, preceded by Salman's Sultan and to be followed by Aamir's Dangal. SRK, 51, and Alia, 23, star together for the very first time and the nearly three decades between them raised some eyebrows when the casting was first revealed last year - Alia, after all, was all of three when her father Mahesh Bhatt directed a young SRK in 1996 film Chaahat.

If that boggles your mind, it should be comforting to know that SRK, a dad of three IRL, plays a father figure of sorts to Alia's character, Kaira. Jehangir or Jug, which is the name of SRK's character, is an 'unconventional thinker' who acts as a life coach to Kaira, counselling her through a complex love life. 'Azaadi' or freedom is the holy grail that Kaira, presumably in her early Twenties like Alia, is seeking. She has at least two men in her life, played by actors Kunal Kapoor and Angad Bedi, and possibly two more, played by Aditya Roy Kapur and Ali Zafar, neither of whom have made an appearance in the teasers of the films released so far.

Instead of a full length trailer, glimpses of Dear Zindagi have been revealed in bite-sized 'Takes,' four in total. In Take 1, SRK teaches Alia to play kabaddi with the sea and then summarily abandons her when she falls of her cycle. Watch here:


Three songs from the film have also been released. Love You Zindagi, as the title suggests, is an uplifting celebration of life. Watch here:

The second song, Just Go To Hell Dil, is an angsty chronicle of the shattering effects of heartbreak on Alia's character Kaira. Watch here:


Shah Rukh Khan, who has been married for 25 years, is uniquely qualified to offer romantic advice. He told NDTV, "Women, at the end of the day, want to be heard. If you can hear them out, listen to what they have to say, it's perfect." We also asked him to dispense gyaan for three other filmy characters in emotional difficulties. Click here to read what he said.

Dear Zindagi has been directed by Gauri Shinde, described as a 'genius' by Alia Bhatt. "I love her, I adore her working style. She is a very unique human being. The way she thinks is the way her writing translates. I believe she is a genius," Alia told news agency IANS. Gauri previously directed Sridevi in English Vinglish and Dear Zindagi is her second film.

Promoted
Listen to the latest songs, only on JioSaavn.com
Just last month, a Twitter exchange between Shah Rukh Khan and Alia Bhatt acted as an appetizer for the film. "What's up with this Monday?" Alia demanded; "This Tuesday's not working for me," she complained. Click here to read Shah Rukh Khan's responses.