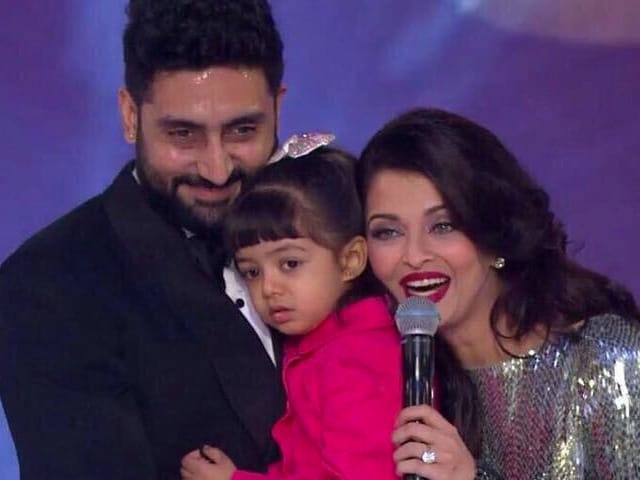 New Delhi: A Twitter user on Tuesday learnt first-hand the perils of trolling actor and devoted father Abhishek Bachchan, and was dispatched forthwith not just by the Dhoom star but several of his followers as well. In a tweet that he later deleted, the user dissed Abhishek's three-year-old daughter Aaradhya, with online vitriol being instantly heaped on him.

The user in question wasn't done:

@juniorbachchan yes I feel like top of the world. Best thing I did in my life to stop watching your movie. Thank you sir

Abhishek, however, is clearly a black belt in dealing with trolls:

@Mayankaryan084 to stop? That means you used to watch them. Thanks for the money.

@Mayankaryan084 don't like my movies? That's cool. Will work harder to make movies you like. Bringing my daughter into it is NOT cool.

Several others added their own admonishments:

@juniorbachchan no need to reply to this people sir. They do all this to get a reply. @mayankaryan084

Some people troll so badly on twitter that they aren't even worth blocking. C'mon! get in there, really offend me or then get good scrub!

One tip on trolling - please dont use expletives, its just so unclassy. Troll with class, even if you think I don't have any

Only last week, Bajrangi Bhaijaan star Salman Khan issued a diatribe against fans who troll fellow Khans Shah Rukh and Aamir, even threatening to quit Twitter if they didn't stop. In March, SRK described some abusive posts from others on his timeline as 'dirty crap,' and asked - "Obviously you don't have b***s in your pockets or elsewhere. So are you just excited to be on my TL?"