David Cassidy Drank To His Death 'To Cover Up The Sadness', Reveals New Documentary 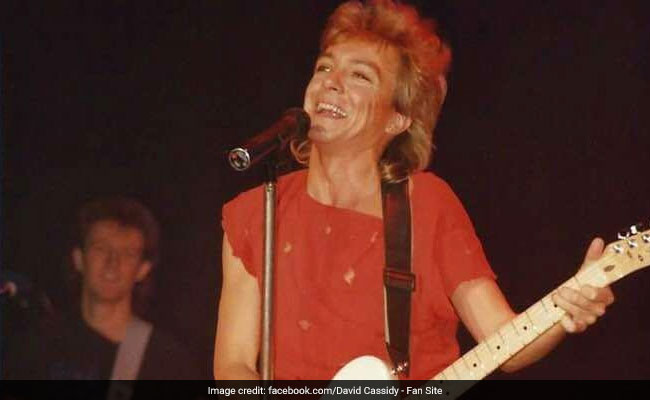 Fans flushed with worry when David Cassidy - the beloved singer from The Partridge Family whose song I Think I Love You became an anthem for young romantics everywhere - nearly fell off the stage during a disastrous concert in Agoura Hills, California, in February 2017.

That was only part of the problem. He also couldn't remember the lyrics to many of his older songs and, as captured in a video obtained by TMZ, he slurred his words throughout the show. Many fans reached the same sorrowful conclusion: It appeared Cassidy had fallen off the wagon. After all, the heartthrob struggled with alcoholism after becoming a wonderkid in the 1970s. His father, actor Jack Cassidy, also struggled with alcoholism, which is influenced by genetics.

David Cassidy's struggle with alcoholism seemed to peak in the early 2010s. From the turn of the decade to 2014, he was arrested three times for driving drunk, the last two arrests coming within six months of each other and landing him in rehab in South Florida.

"If I take another drink, I'm going to die, physically, mentally, emotionally, spiritually. I'm dead. ... It's very humbling and it's also humiliating," he told Piers Morgan in 2014, adding that admitting to his disease gave him some hope.

"I dropped to my knees and I felt something go through me that was like, I felt this experience that was just, thank you God. I felt this relief," Cassidy said. "I begged it and I was crying and weeping like a little boy, like a, like a sobbing little infant, like I'm sure I did many times as a kid. And I felt this incredible sense of relief because I stopped lying to myself."

So after that disastrous concert, he was quick to set the record straight. In emotional interviews, Cassidy denied rumors that he was drinking again.

Instead, he said, he was afflicted by something else, something out of his control, something he once said he always feared, something that had stolen his grandfather, and actress mother Evelyn Ward: dementia.

"When you have spotlights in your eyes and you've had five eye surgeries, as I've had, and I've talked about it - I tripped on (a stage monitor). But I certainly wasn't intoxicated and it has nothing to do with why I'm leaving (touring)," he told Dr. Phil shortly after footage of the concert surfaced. "Certainly, my dementia has contributed to the reason why I don't want to go out and I don't want to hear, 'Well, he looked like he was drunk' .. . I wasn't."

Cassidy died of liver failure a few months later at the age of 67 in November 2017.

Fans of the singer quietly mourned him. How tragic it seemed that he finally overcame a lifelong struggle with alcohol, only to have his final days tormented by the very same dementia that ran rampantly through the rest of his family.

As it turns out, however, he hadn't overcome his struggle with alcohol - not at all. And his dementia wasn't related to a disease like Alzheimer's, nor was it permanent. Instead, it was a temporary condition brought on by his alcoholism, a different devastating disease.

In an upcoming documentary from A&E called David Cassidy: The Last Session, Cassidy admitted that he was still drinking.

After suffering from severe memory problems and being rushed to the hospital from a recording studio, Cassidy spoke with A&E producer Saralena Weinfield to explain what happened. She recorded the phone call, which has been edited into the documentary.

"I have a liver disease," Cassidy said, admitting that "there is no sign of me having dementia at this stage of my life. It was complete alcohol poisoning."

This might seem like a surprising revelation, given that publicly Cassidy had maintained that he was dry. The singer addressed this as well.

"And the fact is that I lied about my drinking," he said. "The head doctor at the hospital, she said, 'I believe your dementia was directly related to your alcoholism.'"

Then, his voice began to crack as he tried to explain himself.

"I did it to myself, man," he said. "I did this to myself to cover up the sadness and the emptiness."

Not everyone, though, was surprised.

"Part of alcoholism is lying," said Partridge Family co-star Danny Bonaduce, according to People. "When you're an addict, you know you can't be honest with people. You say what you want them to hear. I can't be mad at David for that, but it's still a tragedy."

The documentary producers reportedly debated whether to show the footage and posthumously reveal Cassidy's dark secret. In the end, though, the network decided that was the best way to honor him.

"I think it will strike a chord with people," producer John Marks told People. "He wanted to share this very private part of his life, and to be honest once and for all. And I think he succeeded in doing that."

(Except for the headline, this story has not been edited by NDTV staff and is published from a syndicated feed.)
Comments
david cassidyalcoholism