Daler Mehndi gave a special performance on the Metaverse on January 26 this year to celebrate India's Republic Day. 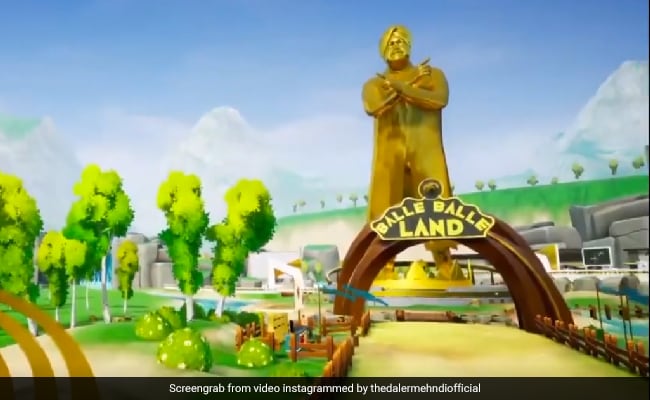 Popular Indian singer Daler Mehndi has bought virtual land on made in India Metaverse platform PartyNite and named it "Balle Balle Land". It will soon have the Daler Mehndi Store, which will sell merchandise as Non-Fungible Tokens or NFTs. The land was inaugurated on Holi. This comes months after Mehndi became the first Indian singer to perform in the Metaverse, like Travis Scott, Justin Bieber, Marshmallow, and Ariana Grande. The singer has been posting updates about the investment on his Instagram handle.

In an Instagram post on March 21, Mehndi said that all the future events and music concerts will happen in “Balle Balle Land”.

According to the official website of partynite.metaverse, it is a “digital parallel universe, powered by blockchain” where people can hang out with friends as customisable avatars, meet new people as well as join parties and events.

The 54-year-old celebrated India's Republic Day on January 26 with a special performance on the Metaverse.

Music label T-Series also announced its entry into the Metaverse in partnership with Hungama TV earlier in January this year. As part of the deal, Hungama will be creating NFTs from the vast catalogue of new and existing Bollywood content parented by T-Series.

Daler Mehndi rose to fame with the 1995 track 'Bolo Ta Ra Ra'. He is best-known for singing songs such as 'Tunak Tunak Tun' and 'Ho Jayegi Balle Balle'. He has sung songs in several Bollywood films including Biwi No 1, Baahubali: The Beginning, Dangal, Singh Is Kingg and ABCD 2 among others. He has also judged several singing reality shows.