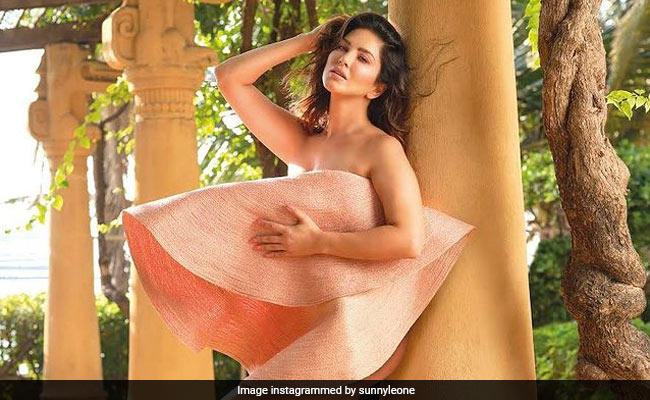 After Abhishek Bachchan, Vidya Balan and Vicky Kaushal, ace photographer Dabboo Ratnani shared a new shot from his 2021 calendar and can you guess who is in it? Well, it is none other than Sunny Leone and she looks stunning. In the picture, Sunny can be seen leaning against a pillar. She poses with an oversized hat that doubles up as her outfit and she has her hair styled in waves. Sunny kept the make-up minimal and for footwear, her choice was a pair of stilettoes. Sharing her shot from the annual calendar, Sunny Leone wrote: "Summer is here." She added the hashtags #dabbooratnanicalendar2021 and #Sunnyleone to her post. The comments section of her post was filled up with flame emojis.

Dabboo Ratnani, sharing the picture wrote: "Sunshine is great for the soul, but make sure to wear a big hat! Scorching hot and stunning shot of Sunny Leone." See the post here:

Last year too, Sunny Leone made a stunning appearance in Dabboo Ratnani's annual calendar, which featured Bollywood's A-listers from the Bachchans to Shah Rukh Khan, Vidya Balan, Alia Bhatt, Anushka Sharma, Akshay Kumar, Kiara Advani and Vicky Kaushal among other stars. Sunny Leone did her shoot with a large book, which doubled up as a prop as well as her outfit of sorts.

Sunny Leone married Daniel Weber on January 20, 2011. The couple adopted their daughter Nisha from an orphanage in Maharashtra. They also welcomed Noah and Asher into their lives in 2018. They were born via surrogacy.