Led by Michael B Jordan, the cast of this sequel redeems its weaknesses. 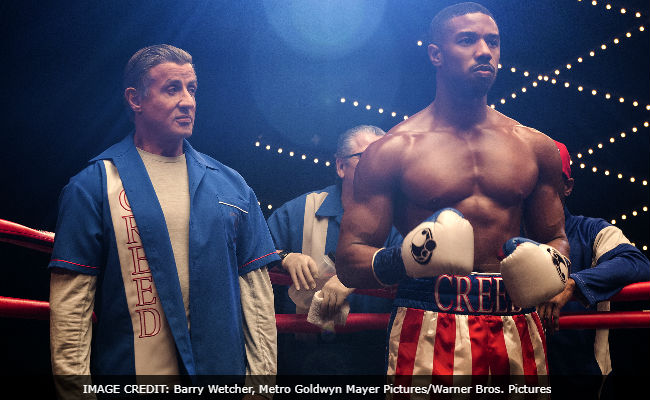 In the annals of potentially disastrous spinoffs, Creed surely stands as an all-time champion. Directed with finesse and sensitivity by Ryan Coogler - who famously went on to make the blockbuster Black Panther - the 2015 drama had it all: a classically contoured boxing story, a strong emotional core, rich, deeply felt atmosphere and a strikingly good cast led by Michael B. Jordan.

Creed II is a respectable if not revelatory sequel to the sequel, even if it lacks its predecessor's grace and narrative texture. This installment finds Jordan's Adonis Creed the reigning heavyweight champion of the world, and getting ready to propose to Bianca (Tessa Thompson), the beautiful neo-soul singer with whom he lives in Philadelphia. Still haunted by the absence of his father Apollo - who met his death at the merciless hands of Ivan (I Will Break You) Drago in Rocky IV - Adonis barely has time to recover from his championship bout when he's challenged by Ivan's son Viktor (Florian Munteanu), a grudge match that possesses all the mythical overtones suggested by the Creed family names. 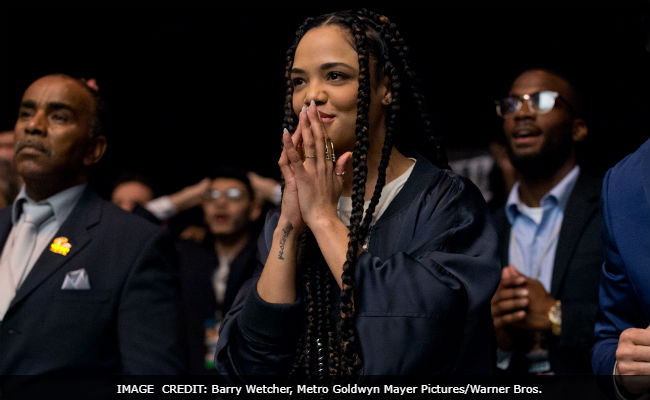 "It all feels so Shakespearean," a fight announcer says at one point, and indeed, Creed II, which was directed by Steven Caple Jr. from a script by Sylvester Stallone and Juel Taylor, leans heavily into the larger-than-life dimensions of Adonis's struggle, even as it pays close attention to the subtleties at play in his domestic life. Taking the protagonists from Philly to Los Angeles and finally to Moscow, Creed II juxtaposes pummeling action sequences with tender scenes between Adonis and the whisper-voiced Bianca, as well with as his quietly perceptive mother, played in a lovely, understated performance by Phylicia Rashad. His trainer Rocky Balboa, played by Stallone in a sad-eyed, punch-drunk turn that's somehow modest and self-serving at the same time, still visits his late wife's grave, in between delivering slurred sermons to his protege about guts, heart and what's really worth fighting for.

Because Rocky still blames himself for Apollo's death, and because Viktor has become a stone-cold killer under the tutelage of his own father Ivan (Dolph Lundgren with scowl still intact), Creed II is suffused with grim father-son drama, as well as regrets, recriminations, fierce fighting words and somber determination to vindicate past wrongs, both real and perceived. The movie sags under the weight of it all, with Stallone's mopey speeches taking on lugubrious repetitiveness, and the plot machinations setting up Adonis as an underdog becoming increasingly painful to watch.

But Creed II picks up considerably in the third act, its bluntly efficient training and fight sequences combining with a slew of callbacks, hat-tips and surprise comebacks to create a rousing and thoroughly enjoyable finale. (In an echo of Rocky IV, Adonis trains for the big Russian fight the old-fashioned way, with sledge hammers and tractor tires, while Viktor looks like he's working out in a Hozier video.)

Connoisseurs might miss the deft camera work of Creed cinematographer Maryse Alberti, as well as Coogler's careful calibration of feeling and tone. But Caple thankfully preserves that movie's most important element, which is a marvelous cast: Jordan, Thompson, Rashad and Stallone still express the calm, assured chemistry that characterised their first outing together. Jordan is especially impressive as a character whose toughest fight is the embrace of maturity, with all the commitments and responsibilities that entails.

In this world, it's the boxer's interior life, rather than brute strength, that proves the measure of the man. Creed II may not take the franchise into thrilling new territory, but it has ensured that it lives on, bloodied but unbowed.