Craig's return had been subject to furious speculation. In 2015 he said: "I'd rather break this glass and slash my wrists... We're done. All I want to do is move on." 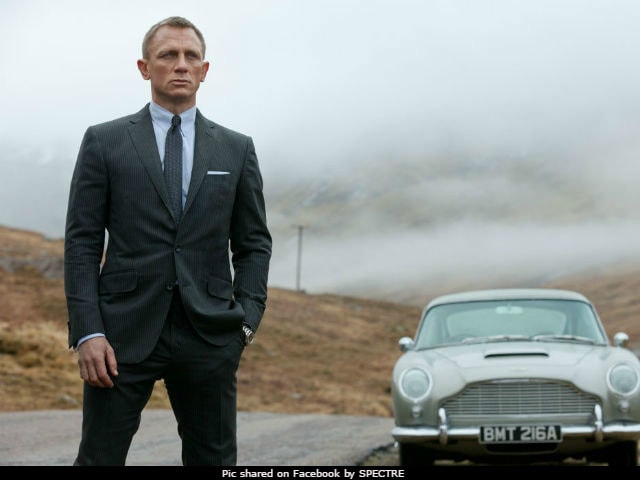 New York: Daniel Craig, the British actor who once complained he'd rather slash his wrists than play James Bond a fifth time, is returning after all as 007, US media reported Tuesday.

Citing two unnamed people "briefed on the matter," The New York Times said the 49-year-old's return to the big screen in 2019 was a "done deal" for the 25th movie in a franchise that has thrilled generations of cinemagoers.

Eon Productions that oversees everything Bond and Metro-Goldwyn Mayer, which holds rights to the franchise, announced Monday that Bond would return to US cinemas on November 8, 2019 with an earlier release in Britain and worldwide.

The film's cast and director would be announced "at a later date," they said in a statement. On Tuesday, MGM declined to comment on the Times report.

Writers of the new movie will be Neal Purvis and Robert Wade, the same duo behind previous Bond films, including the four earlier iterations in which Craig starred to critical acclaim and box office success.

Craig's return had been subject to furious speculation. In 2015 he told Time Out magazine: "I'd rather break this glass and slash my wrists... We're done. All I want to do is move on."

Asked if he meant for good, he told the magazine: "For at least a year or two... If I did another Bond movie, it would only be for the money."

Craig later distanced himself from those remarks, attributing them to being tired after a gruelling shoot for 2015 Bond movie SPECTRE.

Promoted
Listen to the latest songs, only on JioSaavn.com
Potential replacements touted as the silver screen's most iconic secret agent have been British actor and Taylor Swift ex, Tom Hiddleston, and Idris Elba.