'Complete Lies,' Tweets Shaan After Reports He Was Pelted With Stones At Assam Concert 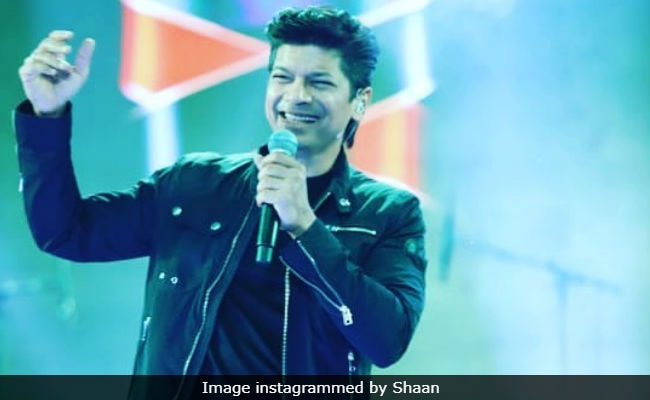 No stones were pelted at Shaan during the Guwahati concert, the singer tweeted on Tuesday, adding that it was just one folded ticket of the concert, which a disgruntled spectator threw on the stage. Media reports suggested that stones and paper balls were thrown on the stage while Shaan was performing. However, the singer revealed the truth on social media. He said: "Complete lies!!! One paper ticket folded up was thrown on stage by one person after vigorously gesturing and shouting to stop singing... That's all." The concert which took place in Sarusajai Stadium on October 28 did not go as smoothly as the singer would have liked it but Shaan said he wouldn't let the "unfortunate incident" tarnish his memories of the state.

After returning from Assam, Shaan tweeted: "Just for the record... loved my Assam Tour!! Saw the most fascinating sights... made new friends... had huge turnouts at every concert... Over one unfortunate incident it would be very wrong to tarnish this beautiful state!!! Whatever happened was in the heat of the moment."

Just for the records ...loved my Assam Tour!! Saw the most fascinating sights...made new friends..had huge turnouts at every concert.. Over one unfortunate incident it would be VeryWrong to Tarnish this Beautifull State!!! Whatever happened was in the heat of the moment https://t.co/2pcE1IUYLe

Several video clips from the concert were shared on social media (some by Shaan), from which it is apparent that the concert started on a high note with Shaan performing some of his popular songs, including Tanha Dil. A clip shared by Guwahati Plus on Twitter shows that during one segment, when Shaan started singing Bengali songs, there was a disruption on the stage, after which he stopped the concert and said: "Whoever you are, never throw these things at an artiste... Learn to respect the performer... If you don't like it then go away."

Shaan closed the concert almost immediately with a last song but before that he added: "I'm here under antibiotics with high fever. But if this is the kind of people here, then I'm not interested."

Shaan has recorded over 100 songs in several languages including Tamil, Telugu, Marathi and English in his two decade-long career. He debuted in Bollywood as a singer in 1999 film Pyaar Mein Kabhi Kabhi. Both his songs from the film - Musu Musu Hasi and Wo Pehli Baar - are still counted among the top romantic tracks from the Nineties.