Class Of '83 First Look: Bobby Deol As "A Dean Who Is A Class Apart" In Red Chillies' Cop Drama

"Playing Dean Vijay Singh was an experience like never before. Class Of '83 coming soon on Netflix," wrote Bobby Deol 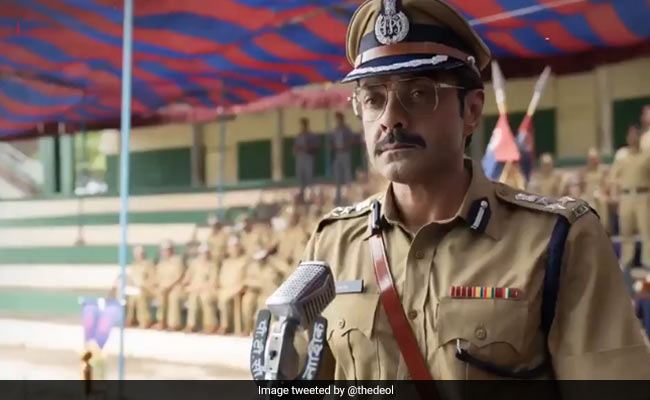 Bobby Deol's new film Class Of '83is among the 17 upcoming releases announced today by streaming giant Netflix. The 51-year-old actor shared his first look from the movie, revealing details about his character in Class Of '83: "Playing Dean Vijay Singh was an experience like never before. Class Of '83 coming soon on Netflix," he wrote. Class Of '83, which is said to be based on Sayyed Yunus Hussain Zaidi's book The Class Of 83, is Shah Rukh Khan's production house Red Chillies Entertainment's first produced Netflix film. Red Chillies has previously collaborated with Netflix for web shows like Betaal and Bard Of Blood. "A dean who is a class apart, quite literally! Meet Bobby Deol in Class Of '83, our first Netflix film," is how Red Chillies introduced Bobby Deol's onscreen persona.

Playing Dean Vijay Singh was an experience like never before #ClassOf83 coming soon on @NetflixIndia a film by @iamsrk's @RedChilliesEnt directed by @sabharwalatul produced by @gaurikhan@_GauravVerma#bhupendrajadawat#hiteshbhojrajpic.twitter.com/ciRWcVLXF3

Directed by Atul Sabharwal, Class Of '83 also stars actors such as Bhupendra Jadawat, Hitesh Bhojraj and Anup Soni. Class Of '83 is the story of a dedicated policeman turned police instructor Vijay Singh, whose trainees find themselves conflicted with concepts such as honour and devotion. The release date of the film hasn't been announced yet but is expected to premiere in the next few months.

Bobby Deol, whose career graph witnessed a low in the 2000s, made an impactful comeback of sorts with Salman Khan's Race 3 in 2018. Ahead of the film's release, Bobby Deol talked about struggling with alcoholism and how Salman Khan helped him come out of his low phase. Since then, Bobby Deol has also featured in films such as Yamla Pagla Deewana: Phir Se and Housefull 4.