Cirkus Review: A Great Fall For Both Rohit Shetty And Ranveer Singh

Cirkus Review: Ranveer Singh can bring a great deal of natural gusto to a role. Here, too, he does pretty much the same, but the two roles that he is stuck with are awfully insipid. 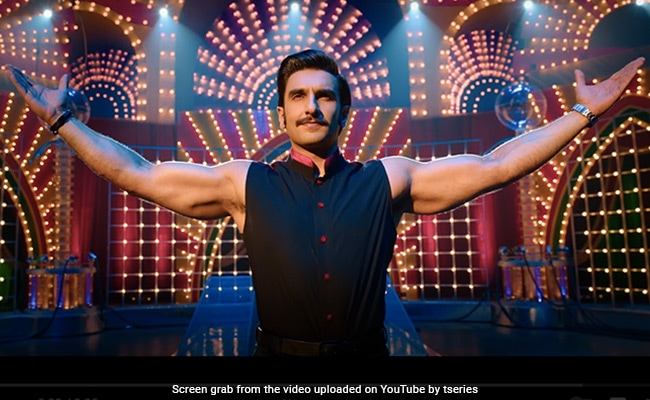 Producer-director Rohit Shetty's latest shot at slapstick comedy - a genre that he has had a great deal of success with over the years - is cinema's equivalent of a trash can. It is full of garbage.

The golmaal is that the vapid caper film goes round and round in circles as it recycles exceedingly trite tropes, shoves them into a garish and turgid package and leaves a bunch of actors led by the effervescent Ranveer Singh (in a double role) with no chance at all of rising above the muddle.

Yes, Cirkus is abysmally bad. It is a mind-numbing film that would have done the world a favour by not advancing beyond the script stage. It does neither the medium nor the genre any justice. The only thing that is truly comical about Cirkus is its unmitigated ineptitude.

The film has one foot planted firmly in the past, which by itself is not such a bad thing. It makes a song and dance about the debt that it owes to comedy movies of yore. But with no real imagination on display, Cirkus demonstrates what is amiss with contemporary Hindi films that are aimed at giving a mass audience its money's worth.

Old Hindi movie songs constitute the spine of the Cirkusbackground music. The film's gaudy colour palette makes real backdrops look like painted ones. Its 'comic' gags are pathetically unfunny. And the acting all around is consistently substandard.

The lead actor tries hard - way too hard - and the effort shows. Even a proven performer like Sanjay Mishra is saddled with a role that that can only get on one's nerves. As for Pooja Hegde and Jaqueline Fernandez, the less said the better.

Hindi movie fans know Ranveer Singh as an actor who can bring a great deal of natural gusto to a role. Here, too, he does pretty much the same, but the two roles that he is stuck with are awfully insipid. His performance comes unstuck owing the sheer inanity of the writing.

Yunus Sajawal's screenplay runs logic to the ground in search of laughs. It stretches a thin, puerile storyline into a full-length film about two pairs of twins whose paths cross three decades after being deliberately separated by a doctor who is out to prove that a person's character is determined by upbringing, not the bloodline.

Besides the doctor, the script throws in a trio of small-time thieves - they are called Momo, Mango and Chikki but their pranks are anything but palatable - in pursuit of a duffel bag filled with cash. All they do is make fools of themselves. The audience is supposed to laugh at their antics. We do laugh, but only at the sheer vacuity that is on show.

The makers of Cirkus have no clue whatsoever about the distinction between inspired lunacy and brainless buffoonery. The former eludes them completely. They run with tiring doses of the latter. This is entertainment so infantile that goes back and forth between the manic and the moronic without serving any real purpose.

If the plot seems hackneyed, there is an obvious reason. Cirkus borrows its central idea from William Shakespeare's The Comedy of Errors, which has already seen two iterations in Hindi - Do Dooni Chaar (1968) and Angoor (1982), the former written by Gulzar, the latter also directed by him to make amends for the failure of the first film.

Angoor, with Sanjeev Kumar and Deven Verma in their elements, ranks among the finest comedies ever to emerge from Mumbai. Cirkus is a blotchy tribute to that much-loved film devoid of the wit and sophistication of the script that it is inspired by but lacks the wherewithal to replicate.

Cirkus also weaves a nature-versus-nurture theme into its hollow core - as aspect of the raggedy romp that may or may not remind one the 1951 Raj Kapoor classic Awara and the conversely-themed 1975 melodrama produced by the showman, Dharam Karam. Either way, Rohit Shetty's imbecile has no redeeming features that might make all the huffing and puffing appear worthwhile.

A doctor played by Murli Sharma, an actor who knows his onions by all reckoning, pops up on the screen every now and then to fill us in with the details of the rigmarole. Electricity connects two twins separated at birth - one can withstand high-voltage shocks, the other is assailed by waves of electric current that he has no control over.

It is 1942. The doctor who runs an orphanage decides to perform an experiment to prove his detractors wrong. He breaks up two pairs of new-born twins and gives them up for adoption. One duo goes to a couple in Bangalore, the other ends up in a home in Ooty.

The performer-protagonist is endowed with a special skill; his twin in Bangalore suffers the consequences of the act that the latter performs in the circus arena. The goings-on on the screen are orchestrated in the belief that it all is going to be a hoot. It is anything but.

The biggest problem with Cirkus is no different from the drawback that most Hindi movies are undone by these days. It has no respect for the audience. The anything goes approach to filmmaking springs from a combination of creative bankruptcy and complacency. Cirkus is utterly hare-brained. It is easy to see why.

Cirkus aspires to be a highwire act. The tightrope it walks is precariously weak and frayed. The result is a great fall for both Rohit Shetty and Ranveer Singh. Stay away.

Aar Ya Paar Review: Aditya Rawal Does His Best To Carry The Weight Of The Story