Cinderella Review: Camila Cabello Gives The Role All She's Got

Cinderella Review: The reboot would probably have worked much better had it not opted to shout out its intentions quite as shrilly as it does. 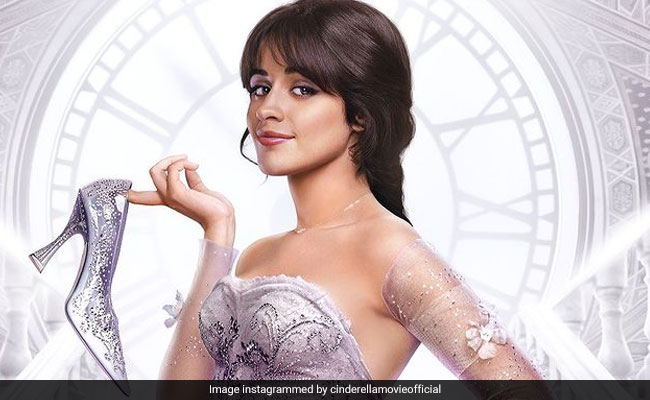 Charles Perrault's 17th century fairy tale receives a pronounced feminist twist in Cinderella, an Amazon Studios-Sony Pictures musical that seeks to demolish many a norm of the genre. The reboot would probably have worked much better had it not opted to shout out its intentions quite as shrilly as it does.

Set in "an old-fashioned kingdom bound by tradition", the re-imagining breaks with tradition and assembles a gallery of characters that it proceeds to recast in a new light. A few of the film's brave and bold moves are laboured beyond conscionable limits.

Writer and director Kay Cannon places all the key cards in the hands of the persecuted Cinderella, a spirited girl who will not go of her dreams, which hinge on her passion for designing dresses down in the basement that she has been banished to by her peevish stepmother Vivian (Idina Menzel).

Despite the insults hurled at her by her mom and two step-sisters, the heroine sings and dances her way through the highs and lows, fixated on making a life for herself and delivering a statement aimed at getting a rise out of the audience. One cannot help wonder if the target audience - children and young adults - will really be swinging to the film's beat because 20 years into the new millennium, there is little in this modern take on a traditional tale that could be described as startlingly new.

There is absolutely no denying, however, that Cinderella has a wonderful cast led by a sprightly and poised Camila Cabello. This is the singer-songwriter's acting debut and she gives the role all she's got. She injects great energy and charm into the performance.

Streaming on Amazon Prime Video, Cinderella adopts a free-wheeling narrative style that achieves a harmonious blend of dialogue-driven dramatic sequences and lively musical numbers performed by the female lead and the rest of the cast, which includes singing stars such as Idina Menzel, Nicholas Galitzine, Billy Porter and Ben Bailey Smith/Doc Brown, besides Pierce Brosnan and Minnie Driver as the King and Queen who give the age-old battle-of-the-sexes theme a new veneer.

The synthesis of past and present, and music and melodrama, helps Cinderella yank itself away from its Disney cinematic roots and waltz into a future filled with possibilities. A little more subtlety and a bit less of the self-consciousness would have done the exercise no harm.

The Prince is shorn to a great extent of his regal bearing and given the airs of a rebellious young man looking for true love, the King and Queen are allowed far greater play than in the fairy tale the world is accustomed to, a Princess is introduced into the tale in the form of Gwendoline (Tallulah Greive) as a means to asserting gender parity in the royal household and the stepmother and her daughters are not half as evil as the ones we know.

As recently as in 2015, Kenneth Branagh crafted a live-action remake of the 1950 Walt Disney animated film that made no major departures from the original. Six years ago, Cinderella stayed firmly within the parameters envisaged for her as a girl who could hope to better her lot in life only through marriage to a man who would be King.

This version, helmed by a female director, has its own Prince Charming, played by Nicholas Galitzine, but he isn't a calling card that Cinderella depends on for salvation. Her exquisite skills as a seamstress are what she is most confident of. It is perfectly in order that the titular character wants an identity of her own. "You're gonna know my name," she croons with open-throated intent early enough in the film to let us know who she is and what she craves for.

The film introduces other new elements into the magical world of Cinderella, not the least of which is a genderless fairy godparent Fab G, portrayed marvelously well by Billy Porter, who does not neglect to remind the heroine that "even magic has its limits". And so, as the audience discovers soon enough, do love and marriage when a girl resolves to make a career for herself.

In this revisionist take, the town crier prefixes his announcements, as is the norm, with "hear ye, hear ye", but he isn't a drab, liveried servant of the royal court but a flamboyant rapper (Doc Brown) who lets it rip with the euphoric delight of a soul liberated from the shackles of old habit.

Inclusion and diversity are writ large over Cinderella. In 2015's Cinderella, the only major Black character was the King's Captain. Here, it isn't just that Fab G or the Town Crier are Black, the musical, which strings together covers of songs from earlier decades besides a few original compositions by Mychael Danna and Jessica Rose Weiss, is also strewn with people of colour.

One of Cinderella's three mice assumes the form of British-Sri Lankan Tamil actor Romesh Ranganathan when it is turned into a Footman. The other two are James Acaster and James Corden, one of the producers of the film. Cinderella is startled to discover the gender of the mice who keep her company as she draws her designs in the basement. "You are boys. I always thought you were girls," she intones.

Among the girls at the Royal Ball where Prince Robert is expected to find his bride are at least a couple of princesses who are played by Indian-origin actresses. And there is, of course, Princess Tatiana (Beverley Knight), an African royal who expresses a desire to appoint Cinderella her personal designer.

"Nothing in life ever remains the same - good or bad," Fab G says to Cinderella, seeing her off to the Ball in a shiny carriage and in her glass slippers. Surely, change is inevitable even in the case of a fairy tale as hoary as this one.

The choreography of the songs - they range from Des'ree You Gotta Be (performed by Cabello) and Ed Sheeran's Perfect (in which Galitzine joins Cabello) to Gloria Estefan's Let's Get Loud and Madonna's Material Girl - are great and the actors are all at their best. The stitching together of the music, the magic and the message isn't, however, as flawless as Cinderella's dresses. That robs the film of a fair bit of sheen.

Cinderella is passably entertaining thanks to the musical set pieces and the performances, but not exactly mesmerizing as a package: it makes too much of a song and dance to state truths that are as clear as daylight.