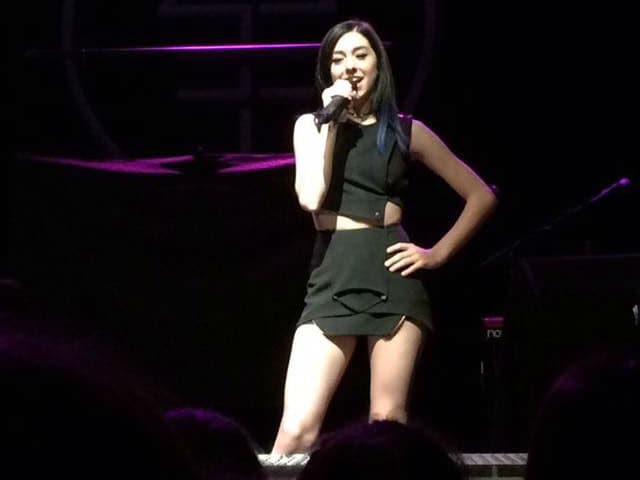 This image was posted on Facebook by Christina Grimmie

Orlando: A gunman opened fire at a Florida concert venue as singer Christina Grimmie signed autographs for fans after a show, killing the onetime star of The Voice before shooting and killing himself, officials said today.

A publicist for Ms Grimmie, Heather Walsh, said in an email early today that "we can confirm that Christina has passed and went home to be with the Lord." The Orlando Police Department also confirmed on its official Twitter page that Ms Grimmie had died.

With deep regret, we have confirmed Christina Grimmie, @TheRealGrimmie has died from her injuries.

Police said in a news release that the 22-year-old singer had performed with the band Before You Exit at The Plaza Live in Orlando. The concert ended around 10 pm, and Ms Grimmie was shot as she signed autographs for fans at a merchandise table.

Ms Grimmie's brother immediately tackled the gunman, who then shot and killed himself during the struggle, police said. The gunman was not identified, and police have not said why he attacked the singer. An investigation is ongoing, but police credited the singer's brother with preventing the gunman from hurting others.

Ms Grimmie, a New Jersey native, finished third during season six of NBC's The Voice, competing on the team of Maroon 5 star Adam Levine. She began amassing a following on YouTube as a teenager, gripping online viewers with her powerful renditions of hit songs. Several of her videos on YouTube have garnered millions of views.

When reports of Ms Grimmie's death first surfaced, #PrayforChristina was the top trending hashtag on Twitter.

After her death was confirmed, #RIPChristina became the top trending hashtag as Mr Grimmie's fans took to social media to express an outpouring of grief.

The Voice paid tribute to Ms Grimmie on its official Twitter page:

We are heartbroken. @TheRealGrimmie is a loved member of our family. Our thoughts are with her and her family. #PrayForChristina

There are no words. We lost a beautiful soul with an amazing voice. Our hearts go out to the friends, fans and family of @TheRealGrimmie.