Chris Rock, "Thank You For Your Resilience": Academy's Apology After Will Smith Slap Comedian Chris Rock, who was assaulted on camera by Will Smith at the Oscars, has received a formal apology from The Academy of Motion Picture Arts and Sciences which also praised his handling of the situation. Mr Rock was presenting an Oscar and began by joking about Will Smith's wife Jada Pinkett, after which the actor marched onto stage and slapped him. Chris Rock carried on presenting, announcing the nominees for and winner of the Best Documentary Feature. " Mr Rock, we apologize to you for what you experienced on our stage and thank you for your resilience in that moment," the Academy said in a statement, reports news agency AFP.

Late night chat show hosts, like Jimmy Kimmel, and many on social media have also praised Chris Rock for keeping calm and carrying on. "Will Smith smacked the s**it out of me," he said, as his attacker walked back to his seat. He added, "That was the greatest night on television."

The joke that enraged Will Smith – though he was seen laughing when Chris Rock made it – referred to Jada Pinkett's shaved head; she has alopecia which causes hair loss. "Jada, I love you, can't wait for GI Jane 2," Mr Rock quipped in an unscripted moment – GI Jane is the character Demi Moore played in a 90s movie of the same name and in which, as a Navy SEAL, she wears her hair in a buzzcut.

After hitting Chris Rock, Will Smith returned to his seat, yelling, "Keep my wife's name out of your f*****g mouth." The moment came to define the rest of the award show - rapper Diddy, who presented the next Oscar, said the two men would "settle it like family"; Anthony Hopkins, presenting the Best Actress award, called for "peace."

Shorty after the assault, Will Smith won Best Actor, delivering a tearful speech in which he apologized to the Academy and his fellow nominees. Later, in an Instagram post, he apologized to Chris Rock by name. It won't be enough to settle the dust; the Academy said in its statement that they are beginning disciplinary action against Mr Smith and also revealed that he was asked to leave the Oscars after slapping Chris Rock and refused.

Meantime, Chris Rock has begun a sold-out comedy tour which saw ticket sales jump after Slapgate. At his first show in Boston, the comedian received a standing ovation and said that he is "still processing what happened." 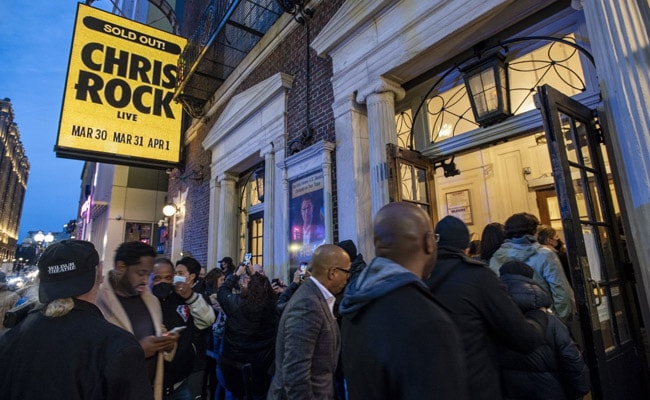 Will Smith won the Oscar for Best Actor for his performance as Richard Williams, father of tennis stars Venus and Serena, in King Richard.

The Internet Thinks These 5 Actors Have "Gotten Worse" With Age. The Names Might Shock You