The duo, who met in 2007 and have a 4-year-old son, have become the most charming of celebrity pairings. Fans' adoration only increased with their PDA, how they raved about each other and their playful ribbing on social media. These two, we thought, seem grounded, in love and, despite living in the spotlight, could actually make it 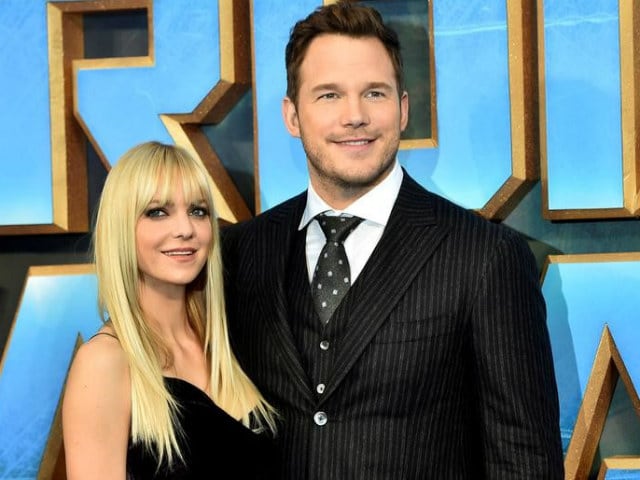 Where were you when you heard Chris Pratt and Anna Faris announced their separation?

The duo, who met in 2007 and have a 4-year-old son, have become the most charming of celebrity pairings. Fans' adoration only increased with their PDA, how they raved about each other and their playful ribbing on social media. These two, we thought, seem grounded, in love and, despite living in the spotlight, could actually make it.

Sorry, not so. And their fans are not taking it well.

While one famous person piques the public's interest, when two famous people come together to form a unit, that interest can reach fever pitch. Fans look to a celebrity relationship as proof of something beyond themselves. It's not enough that actors play characters falling head over heels in imaginary tales on a screen. We want their actual lives to serve as some kind of proof that it's possible to have it all, to enjoy fame and accolades but also be grounded, relatable - and perfect. Some couples play up that perception to the benefit of their public image, too.

So when those couples break up - some couples do! - fans take it personally and become overcome with sadness and despair. Here are some of the celebrity breakups that sparked that kind of devastation.

- Amy Poehler and Will Arnett

Length of relationship: Married nine years before they announced their split.

Why everyone took it so hard: The two comedians seemed like down-to-earth, hilarious goofballs who could make each other laugh. They played opposite each other on TV shows and movies (Arrested Development, Parks and Recreation, Blades of Glory), had obvious onscreen chemistry and riffed with each other during interviews. Even Mindy Kaling gushed about their marriage in her book, Is Everyone Hanging Out With Me?

"Amy Poehler and Will Arnett Are Separating, All Joy Is Gone From This Earth" (Vulture)

"Concept of love dies as Amy Poehler and Will Arnett separate" (A.V. Club)

Length of relationship: More than a decade (and married for two years) before announcing their split.

Why everyone took it so hard: "Brangelina" was the ultimate super-couple. During their partnership, Jolie became increasingly involved in high-profile humanitarian work and Pitt took on more serious film duties. Oh, and they had six kids. In 2016, The Washington Post wrote:

"It's hard now to remember a time before Brangelina or to even think of them as they were then, circa 2004. He was already a pretty big deal, and so was she: two solid A-listers occupying equal but separate swaths of the celebrity stratosphere.

"Then Brad Pitt and Angelina Jolie got together, and something happened. The tabloids lost their minds, obviously - and they each, magically, became bigger, better, more elevated versions of their famous-person selves."

"Farewell, Brangelina - and the dream that love can last" (The Guardian)

"Brad Pitt and Angelina Jolie Divorcing: Love Is Dead. Everything Is the Worst. Bye, World." (The Daily Beast)

Length of relationship: Less than a year.

Why everyone took it so hard: For some, Slate (a comedian) and Evans (who literally plays a superhero in movies) seemed like an odd couple. It was a pairing that maybe wouldn't have come immediately to mind, but once you saw them together, made sense. Their relationship quickly endeared plenty, particularly those who were already fans of Slate and saw their relationship as Evans clearly recognizing how great she was.

"True Love Forsakes Us All: Jenny Slate And Chris Evans Are No Longer" (Elle)

Length of relationship: More than a decade before they first announced their split (2015) and in 2017 when they filed divorce papers.

Why everyone took it so hard: Affleck was in the original super-couple - with Jennifer Lopez (remember "Bennifer?"). Then he went on to marry another Jennifer, and they had three children together. Their marriage even helped save Affleck's career. The two projected an image that was both "normal" and picture-perfect, one that even included confessions about the difficult reality of marriage.

"True Love Is Dead, Ben Affleck and Jennifer Garner Are Splitting Up" (Cosmo)

Length of relationship: As a couple, 18 years.

Why everyone took it so hard: This one seemed to come totally out of the blue. Their relationship wasn't exactly prime gossip fodder for the tabloids. Taylor played opposite Stiller in some of his biggest films (Dodgeball, Zoolander), and their marriage was a staple among Hollywood comedy couples.

Length of relationship: Together for 23 years.

Why everyone took it so hard: Sarandon and Robbins were considered a Hollywood anomaly, an enduring couple whose match seemed prime to last a lifetime. By the time they announced their split, they had two grown sons. "People were coming up to me in the street and saying 'I cried and cried when I heard,' " Sarandon told the Telegraph in 2010. "Well, I was sadder! I didn't think it would ever happen, either."

"Way to Break up and Not Tell Anyone, Tim Robbins and Susan Sarandon" (Gawker)

(Except for the headline, this story has not been edited by NDTV staff and is published from a syndicated feed.)
Comments
chris pratt anna farisceleb splits