"Characters Like Her Get Judged," Says Deepika Padukone On Gehraiyaan's Alisha

Deepika Padukone talks about her character from Gehraiyaan 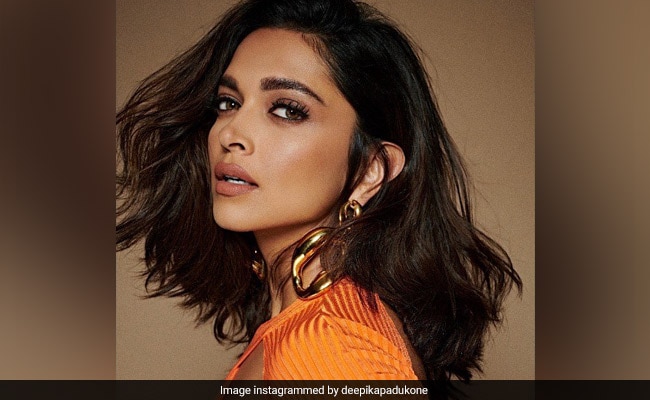 Between being a blank slate and someone who is certain about their skills, Deepika Padukone says she wishes to be a blend of both as the actor completes 15 years in Hindi cinema in 2022.

The former model made her Bollywood debut with 2007's reincarnation romantic drama "Om Shanti Om" and has built a filmography boasting titles like "Love Aaj Kal", "Cocktail", "Piku", "Goliyon Ki Raasleela Ram-Leela", and "Padmaavat", among others.

"It has been so much (about) learning, processing, understanding, growing, evolving. I hope that journey for me always continues," Padukone, who made her film debut with the 2006 Kannada movie "Aishwarya", said.

She formed her own production company Ka Productions in 2018, under which she produced and starred in "Chhapaak" (2020) and "83" (2021). Also an entrepreneur, Padukone is the founder of the Live Love Laugh Foundation, which creates awareness on mental health in India.

"I don't walk on to the set with the thought that I'm so many films old or I know better than all of you. My approach is what I can learn from the set of these new people. It's a new film, director and experience.

"Be a mix of a blank slate and someone who has experience. Your past experience of films also comes in. To be able to find that balance, it's a bit of both. The scariest thing that can happen is to stagnate," Padukone told PTI in an interview over Zoom.

Next up for her is "Gehraiyaan", a drama on modern-day relationships. It also stars Siddhant Chaturvedi, Ananya Panday, and Dhairya Karwa, with Naseeruddin Shah and Rajat Kapur in pivotal roles.

In the Shakun Batra directorial, Padukone plays Alisha, whom she simply described as "human".

The actor said the film is an attempt to instill empathy in the audience towards all types of people.

"The process of this film has made me realise there's no white, black or grey. It's actually human. We categorise characters because we just don't know characters like this enough in cinema.

"It's very easy to say this one is flawed, this one is a villain or a hero. We have tried to humanise this character and understand the reason behind her choices. Hopefully, we have been able to achieve that." Alisha is an "ambitious" person with baggage from the past who is seeking a better life, she said, adding that women with ambition are often judged by society.

"A lot of times ambition is addressed in a negative way, especially when a woman is ambitious. Characters like her get judged. It's ok to be ambitious and want a better life. The minute there is emotion, empathy and understanding, you're with the character," she said.

"When so many different things are thrown at you, what are the choices you make in your life at that moment? They say, sometimes in the most stressful situations you get to know a person," she added.

The actor said she took her time to give her nod to the project after Batra narrated the story to her.

"Roles like this are extremely demanding. These parts come from an extremely deep emotional place within... I took about two days to get back to him. That really was the time that I took to process the narration. 'This is going to demand a lot from me. Am I ready for that kind of commitment?' "But the minute I make that commitment I don't really think about how difficult it is. All I'm trying to do on set is be as honest as possible to the character and the scene. Some days will be tough, some days it will be easy. That's the way it is." While it is an extremely realistic and layered character, she said, there are light moments to Alisha.

"It has been (both) exhausting and fun," she added.

Jointly backed by Dharma Productions and Viacom18 Studios in association with Batra's Jouska Films, "Gehraiyaan" is an Amazon Original film which will start streaming from February 11.

Padukone said intimacy is part of the movie and not the main premise.

"(Having an intimacy director) adds an element of security, comfort and trust. But there is so much more to the film than intimacy. The intimacy comes in when you are trying to be authentic with modern-day relationships. It's just a part of the film. A lot of time we shy away from showing what relationships in real life are or what they could be on screen," she added.   After "Gehraiyaan", Padukone has films like "Pathan", "Project K" and "Fighter" on her slate.

Directed by Siddharth Anand and produced by Yash Raj Films, the film is expected to be released by 2022 end, she said.

"We are in the process of finishing 'Pathan' now which should hopefully be released by the end of this year. We have a last schedule left." Nag Ashwin's sci-fi movie "Project K" will see Padukone opposite "Baahubali" star Prabhas. In "Fighter", also directed by Anand, she will share the screen with Hrithik Roshan.

"I started 'Project K' with Prabhas two months ago, we are doing it in multiple languages. It's a pan India film. I'll start shooting for 'Fighter' in the next couple of months. All these are with different actors, stories and directors. I'm looking forward to all of them," she added. PTI RDS RDS BK BK