"Excellent weekend, but the cracks were visible on weekdays," tweeted Taran Adarsh 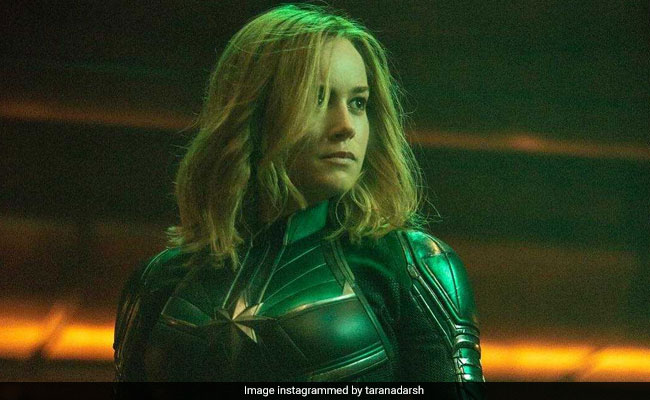 Captain Marvel is ruling the Indian box office and how. The film which opened in Indian theaters last week, has managed to cross the 50-crore mark within a week, reports Bollywood trade analyst Taran Adarsh. The film which stars Brie Larson in the lead role, has collected Rs 56.41 crore as of now. In his tweet, Taran Adarsh stated that the film has been performing exceptionally well at the box office. However, the film's performance dipped slightly over the weekend.Captain Marvel had a great start at the box office and it earned Rs 13 crore on its opening day.

Captain Marvel opened to great reviews from film critics. In his review for NDTV, film critic Saibal Chtterjee gave the film 3 stars out of five. He described Brie Larson's performance in the film as "terrific" and wrote: "Larson is terrific as Vers/Carol Danvers/Captain Marvel. She is infinitely better at etching out a believable figure than Gal Wonder Woman Gadot, who had to fall back on more conventional means."