Yes, Sonam Kapoor, known for the fashionista she is, opted for a lehenga for Cannes red carpet, you read that correct New Delhi: We are so glad to see Sonam Kapoor on the Cannes red carpet again! The 32-year-old actress, who recently got married, made a stunning appearance on the red carpet as she walked the Croisette in an off-white, embellished lehenga, courtesy Ralph and Russo. Yes, Sonam Kapoor, known for the fashionista she is, opted for a lehenga for Cannes red carpet - you read that correct. Sonam kept her look for the evening global and effortlessly turned heads as she paired an interesting crop top to go with the ball-gown-like skirt. Sonam's blouse or crop top, as you may choose to call it, had a flowy cape-like sleeve on one side while the other was a simple sheer one.

For her accessories, Sonam simple picked a pair of studs, which perfectly complemented the twinkle of her wedding ring. Sonam, who got married to Delhi-based entrepreneur Anand Ahuja on May 8, walked the red carpet with her wedding mehendi still visible in her hands. So cool. We love the way Sonam styled her braided hair-do with a naga jadai So royal, isn't it? 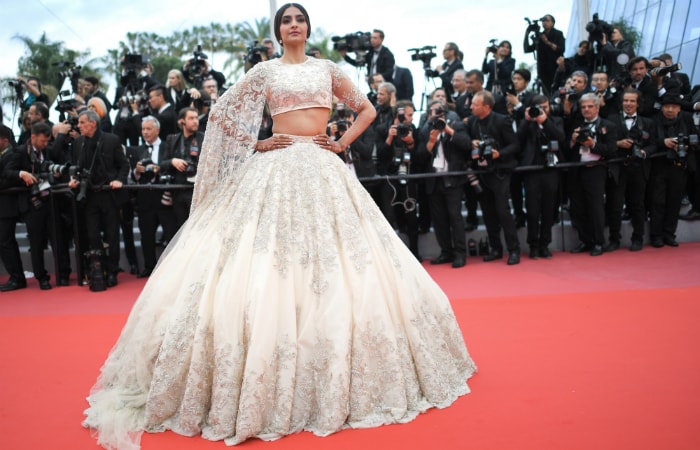 Sonam Kapoor, looking like a diva on the Cannes red carpet (courtesy AFP) 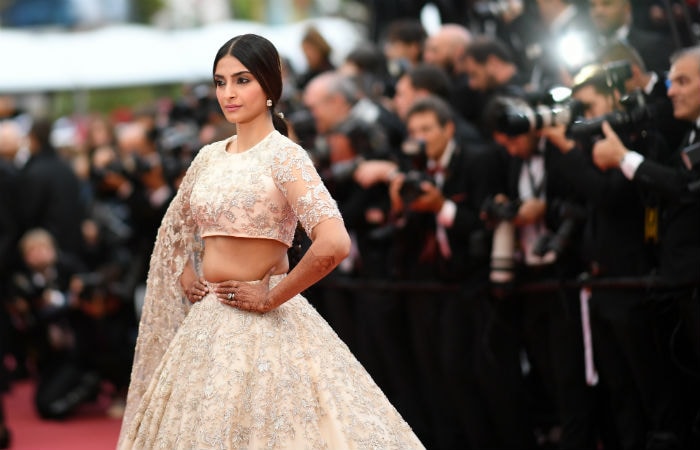 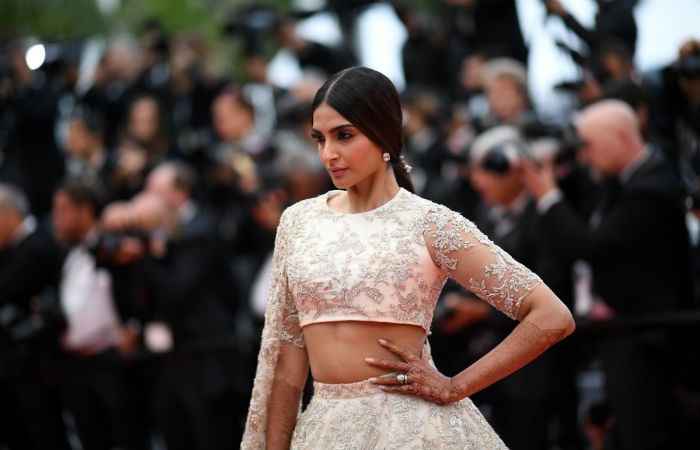 Here's a closer look at Sonam Kapoor's make-up and her hair-do:

Ahead of her red carpet appearance, here's a BTS sneak peek from the prep session:

Earlier in the day, Sonam, who is known for making frequent appearances when in Cannes, was spotted stepping out only once, looking uber chic in a black and white Maxi dress by Mother Of Pearl which she paired with a pair of Chloe boots. As Sonam navigated the corridors of Hotel Martinez, she was spotted carrying a tote from the shelves of Bottega Veneta and sporting bold black sunglasses. Sharing her first official look from Cannes, she wrote: "Hey, Cannes!"

Promoted
Listen to the latest songs, only on JioSaavn.com
On her Instagram, Sonam also gave a sneak peek of what her Cannes-special shoe collection looks like. Here's what she wrote on her story: "Do I have enough shoes for two days?" Do you think she has? 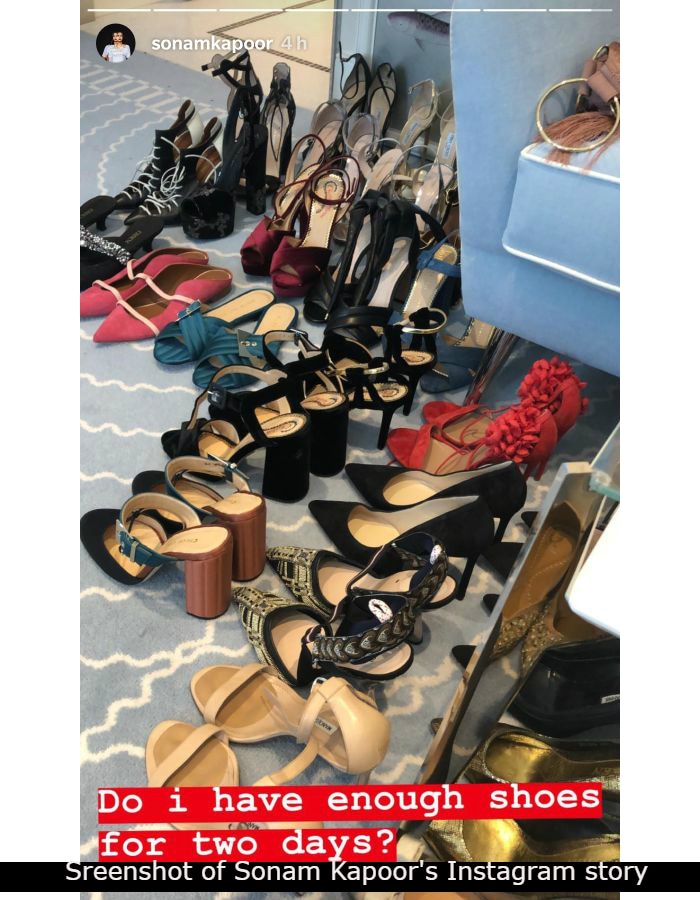 Excitement about Sonam's red carpet appearance in Cannes was a notch higher this year as this is the first time the actress is attending an international extravaganza after her wedding. Sonam Kapoor married Anand Ahuja in a big fat Punjabi wedding in Mumbai earlier this month. The wedding was on May 8 and was followed by a grand reception in the evening.

Sonam Kapoor is representing cosmetics giant L'Oreal in Cannes and will also walk the red carpet on May 15.