Cannes 2018: 5 Takeaways From The Film Festival

This year, not one but two women from India had independently helmed films in Cannes - one in Un Certain Regard, the other in Critics' Week 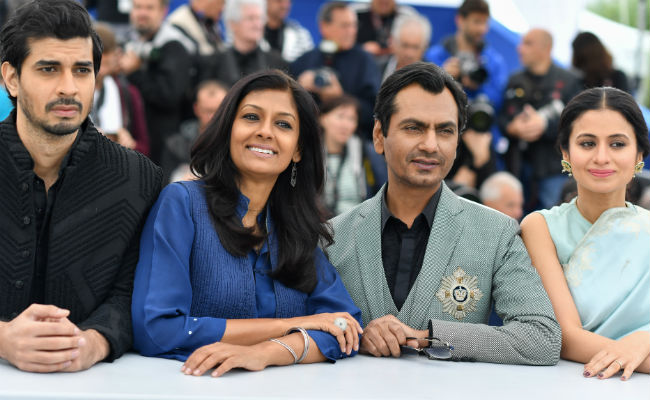 Not since 1988, when Mira Nair's Salaam Bombay! premiered in Directors' Fortnight and went on to win the Camera d'Or, had an Indian woman director made it to the Cannes Film Festival's official line-up. Yes, the portmanteau Bombay Talkies had Zoya Akhtar among its quartet of directors. This year, not one but two women from India had independently helmed films in Cannes - one in Un Certain Regard, the other in Critics' Week. Nandita Das' sophomore effort, Manto, was unveiled in the former. Rohena Gera's Sir made its bow in the latter, winning the Gan Foundation Award for Distribution in the process. 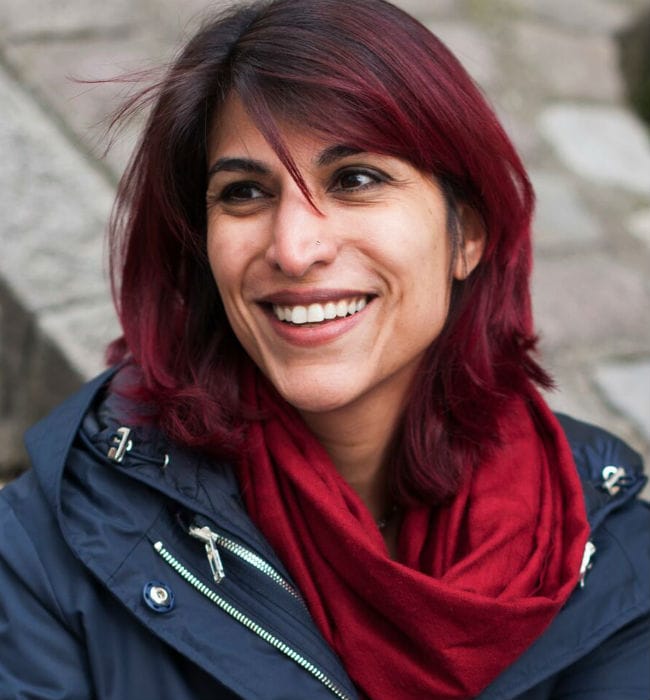 Das' period biopic put the legendary Urdu short story writer under the international spotlight in a festival during which there was strong political activism, the #MeToo movement gathered momentum, and attention was drawn to the world's rapid descent into rabid hate-mongering (notably via Spike Lee's lively BlacKkKlansman, about an African-American Colorado Springs police department detective who infiltrated the local Ku Klux Klan in the 1970s). It was in the fitness of things that BlacKkKlansman won the festival's Grand Prix.

Emergence Of A New Voice

Rohena Gera's Critics' Week triumph with the Vivek Gomber-Tillotama Shome starrer Sir could not have come in a better year. Women, led by Jury President Cate Blanchett, were the talk of town. Gera's was the only non-European film among the seven features competing for the Critics' Week awards. 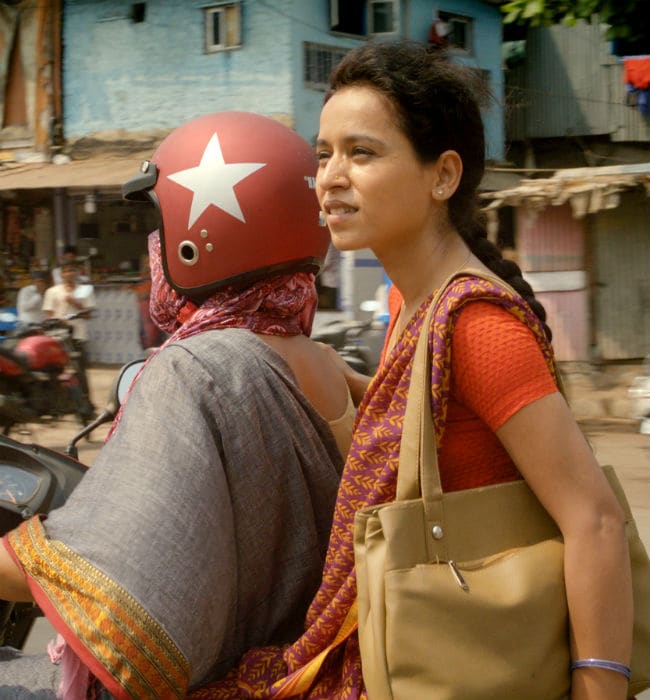 The austere, understated film, an Indo-French co-production, focuses on the relationship that develops between a wealthy businessman who has broken up with his would be wife and a housemaid who works for the family. The latter cooks and cleans for her master, but she holds her own in the household where the employer-servant dynamic works very differently from the way it usually does in India. She aspires to acquire tailoring skills and branch out as a fashion designer.

Critics' Week head Charles Tesson said ahead of the film's premiere in Cannes: "Sir offers a fascinating variation on the master-servant relationship. What stands out is that the master is open-minded as opposed to the archaic concept dominant in the heartland of India." Sir was especially noted in Cannes for lead actress Tillotama Shome's measured performance in the role of a Maharashtrian village girl who works in Mumbai to earn the money that she needs to educate her little sister. 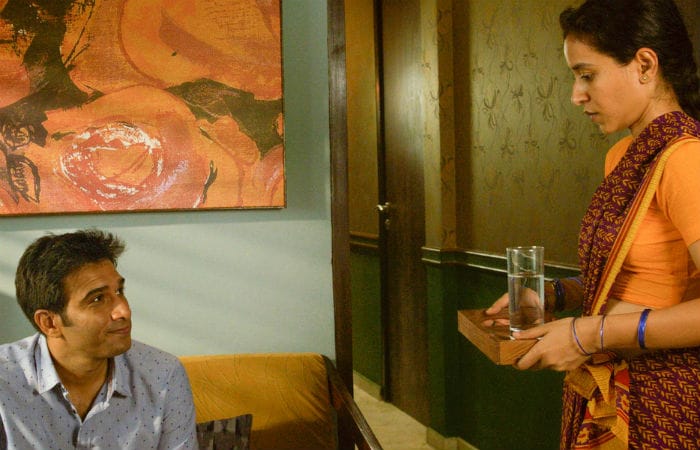 Gera, daughter of leading Pune builder Kumar Gera, launched her production outfit, Inkpot Films, early in the millennium to facilitate a 'Stop the Hatred' campaign film made after the 2002 Gujarat riots. Many celebrities lent their voices to her effort and the film played on most major news television channels. "I needed a production company in order to acquire Reuters photographs for the film," she says.

In 2013, Gera made the micro-budget documentary What's Love Got to Do With It?, a film about arranged marriages. Sir, too, is an Inkpot Films production.

How Not To Run A Pavilion

The Indian Pavilion in the Village International of the 71st Cannes Film Festival was an unmitigated disaster. Only one story would suffice as evidence. Ahmed Al Maziad, CEO of Saudi Arabia's General Culture Authority, accompanied by Jerome Paillard, head of the festival's Marche du Film, arrived at the pavilion for a meeting with Indian representatives. They found the door shut and a notice pasted on it announcing that the Pavilion was out of bounds because a closed-door meeting was on inside.

According to sources in the know, the duo had to turn back. This robbed India of the chance of seriously exploring the possibilities of partnering with the Saudi kingdom, which is now open for business after a 30-year ban on cinema. "Saudi Arabia is looking at India as one of the nations that could help the expansion of its film industry," a source in the first-ever Saudi Film Council pavilion in Cannes told this writer.

Worse, no effort was made by the India Pavilion to let the world know that the nation had two titles officially in the festival. It especially shunned Manto. There was no mention anywhere of Sir either although a token interaction with the director and her two actors was hosted to make amends late in the festival. But the Manto film, its director and cast remained untouchables all through. An utter shame!

Worse, a Mumbai magazine that tracks Indian cinema in its global context wasn't allowed to be displayed in the Pavilion. Lack of space was cited as the reason, but the truth lay somewhere else. The magazine, printed, published and edited by veteran Cannes attendee Uma da Cunha, had Nawazuddin Siddiqui on the cover in the guise of Saadat Hasan Manto. It also had a feature on Shaji Mathew and Sanal Kumar Sasidharan, producer and director respectively of the controversial S Durga.

Godard, 'the youngest of 'em all'

At 88, French New Wave pioneer Jean-Luc Godard is still very, very angry, and still capable of having his voice heard, loud and clear. His Competition entry, The Image Book, fetched him a Special Palme d'Or from Blanchett's jury. He wasn't at hand to accept the trophy - Godard hasn't attended the festival for nearly a decade and a half although he has had three films in the Cannes official selection during the period, including Film Socialisme and Good to Language. 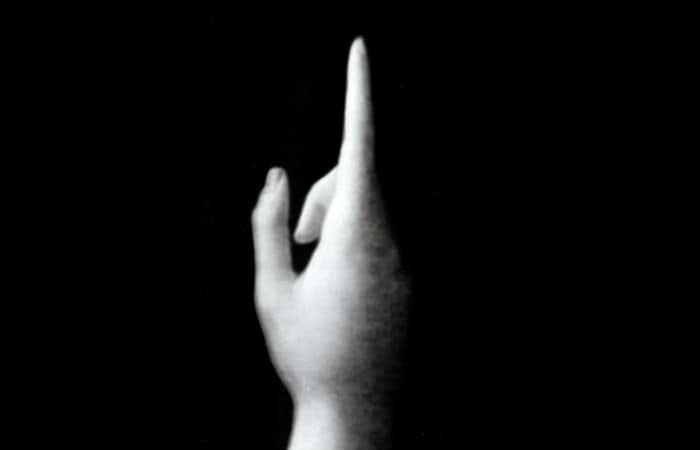 Jean-Luc Godard's The Image Book had fetched him a Special Palme d'Or from Blanchett's jury.

The jury chief described Godard as "a cinematic artist who is continually striving to define and re-define what cinema can be." She later revealed that The Image Book "lingered with us, confused, confounded, provoked, angered, excited us [and ultimately] influenced our perspective on the rest of the festival."

Post-premiere, Godard faced the media via Face Time puffing on a cigar. At his most vibrant, he said: "I just make films. Given my age, I'm interested only in facts: what is happening and what is not happening. They are interlinked. What is not happening can lead to disaster. We are at a point in history where we are showing very little intelligence. We have act with our hands rather than just think with our heads."

Promoted
Listen to the latest songs, only on JioSaavn.com
"I will continue making films if I can," he said. "It all depends on my legs, certainly on my hands, and a bit on my eyes." Thierry Fremaux, general delegate, Cannes Film Festival, was thrilled with the 'experimental' press conference. "This was the high point not only of this festival, but of the entire history of Cannes," he said. "Godard is 88 but he is the youngest in mind."

The Year Of Asia 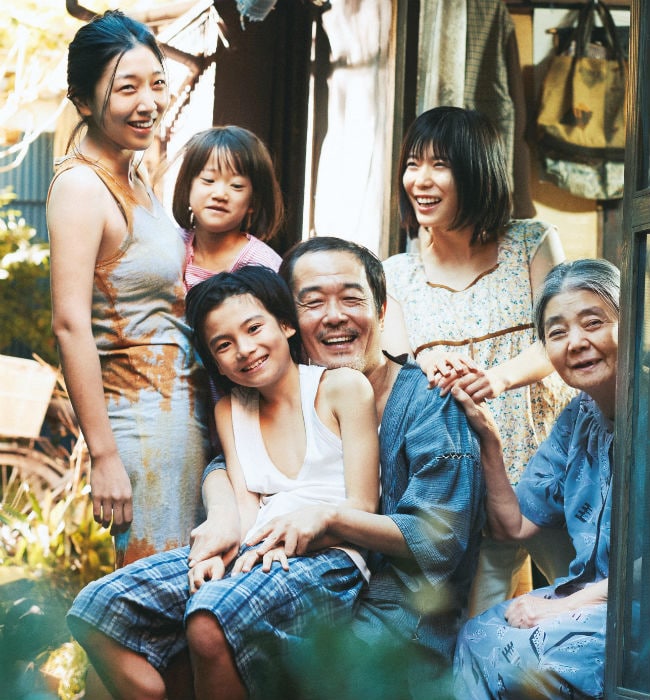 Four of contemporary Asian cinema's most celebrated names - China's Jia Zhangke, Korea's Lee Chang-dong, Japan's Hirokazu Kore-eda and Iran's Jafar Panahi - were among the 21 filmmakers competing for the Palme d'Or. We, therefore, had a hunch that this could turn out Asia's year. It did, with Kore-eda's Shoplifters, a profoundly moving, skillfully crafted portrait of a marginalized family of small-time criminals whose web of secrets tear them apart, scooping up the Palme d'Or. The Japanese auteur is only the second Asian winner of the Palme d'or since the start of the new millennium. In 2010, Thai director Apichatpong Weerasethakul had won the festival's top prize for his Unclee Boonmee Who Can Recall his Past Lives.